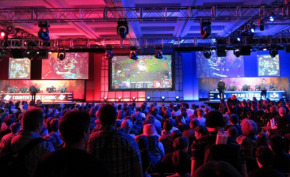 Gaming executives gathered for the Casino eSports Conference on September 7-8 at Westgate Las Vegas Resort & Casino to learn more about incorporating the games into their establishments. Many topics were covered from the legal side of eSports to the most important aspect in the eyes of casinos: how to make money with eSports.

eSports may be the way to attract millennials. However, people under age 21 have limited options when visiting casinos, since they are unable to gamble on the casino floor. This makes a strong case for building eSports arenas on site to appeal to this younger demographic.

Some casinos have already built or are in the process of building eSports arenas to host major tournaments. Others are waiting to see how successful the arenas are before investing in one.

Fremont Street in downtown Las Vegas is a perfect example. Its eSports arena, Millennial Esports, has been seeing success in 2017. Millennial Esports hosts qualifiers for players looking to get into World Championships. It hosted a very successful Halo tournament and Madden NFL 17 qualifying tournament.

The Luxor Hotel and Casino on the Las Vegas Strip took notice and is currently building the new Esports Arena Las Vegas that will open in early 2018.

The next eSports convention in Las Vegas is XLIVE 2017 on December 10-13 at the Mandalay Bay Resort and Casino, which will feature hundreds of speakers, exhibits and interactive sessions.