HomeThe ShuffleRing Cycle: What You Need to Know About Wilder v. Fury

Ring Cycle: What You Need to Know About Wilder v. Fury 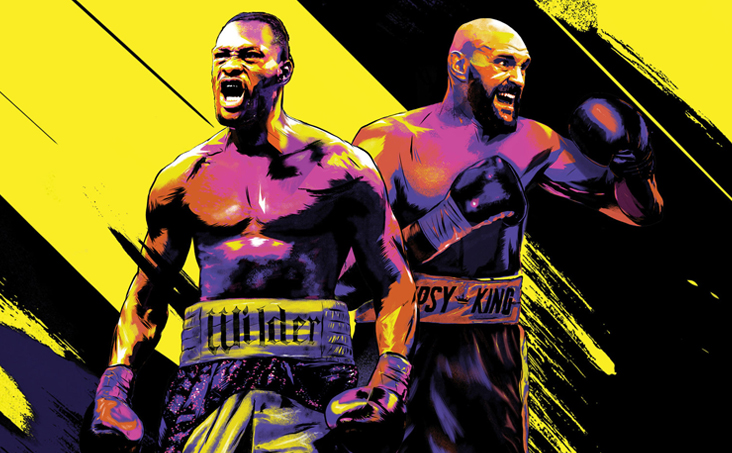 Unfinished business? You better believe it. Deontay Wilder and Tyson Fury will meet for another grudge match Saturday, February 22, at the MGM Grand in Las Vegas. Here’s our analysis, and Dave Bontempo’s forecast.

Buckle up, fight fans. The first big match of 2020 is the rematch between WBC Heavyweight champion Deontay Wilder and Tyson Fury, to be held February 22 in Las Vegas.

They’re calling it Unfinished Business. Here’s what you should know about this highly-anticipated matchup.

You can’t lose with a risk-free sign-up bonus at BetAmerica.com. Just opt in and bet. If your first settled sports wager loses, get your bet back as a bonus up to $1,000.

Bet pre-game, in-play, totals and futures at WilliamHill.com. Deposit and start betting today. You’ll get a 100% deposit match up to $150.

Wilder won the title in the same building where he’ll defend it. He captured the title in 2015 with a decision against Bermane Stiverne, and has made 10 successful defenses. The winner of this fight may oppose Anthony Joshua in a mega-fight later this year.

The “If” Factor:
If Fury boxes just like the first fight and has a little extra stamina, he wins. If Wilder hurts Fury early enough in a given round, he’ll win by knockout.

You’ll really cash in when you wager at CaesarsCasino.com/Sports. Just sign up and make your first deposit. Caesars will match it up to $300.