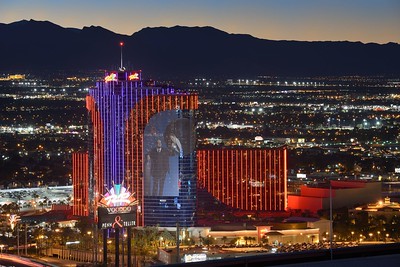 Caesars Entertainment last week announced that the deal to sell the off-Strip Rio hotel and casino in Las Vegas had been completed. The new owner is Dreamscape Companies, which is owned and controlled by Eric Birnbaum. Caesars will manage the property for at least two more years and the World Series of Poker will be held there once again in 2020.

The sale of the Rio casino hotel in Las Vegas closed last week when Caesars Entertainment sold it to the Dreamscape Companies, owned by Eric Birnbaum. The $516 million deal includes $40 million in financing by Caesars, which will operate the property for at least the next two years, paying a rent of $45 million a year. There is an Dreamscape option for another year at a cost of $7 million.

The Rio has been home to the World Series of Poker since 2004 and it will continue to be held there at least through 2020. The deal does not include WSOP, which may be moved to another Caesars property after 2020. That will be determined by the new owners of Caesars Entertainment, Eldorado Resorts, when that deal closes sometime in 2020.

Rio will also still be connected to the Caesars Rewards program and available for any member.

Birnbaum was quick to squelch a longtime rumor that the Rio would be demolished and replaced with a stadium to house a Major League Baseball team.

“I love baseball,” Birnbaum told CDC Gaming Reports last week, “but this is a campus with a building and a location that has unbelievable potential.”

Birnbaum said he will take the two years of Caesars management of the property to lay out plans for development. He says he’ll hire a “seasoned gaming veteran” to operate the property at that time, but gave no hint about what he had in mind.

“We have a long runway ahead of us and we’re not ready to give away all the secrets,” Birnbaum told CDC. “Suffice to say, whatever we do, we will reimagine the property.”