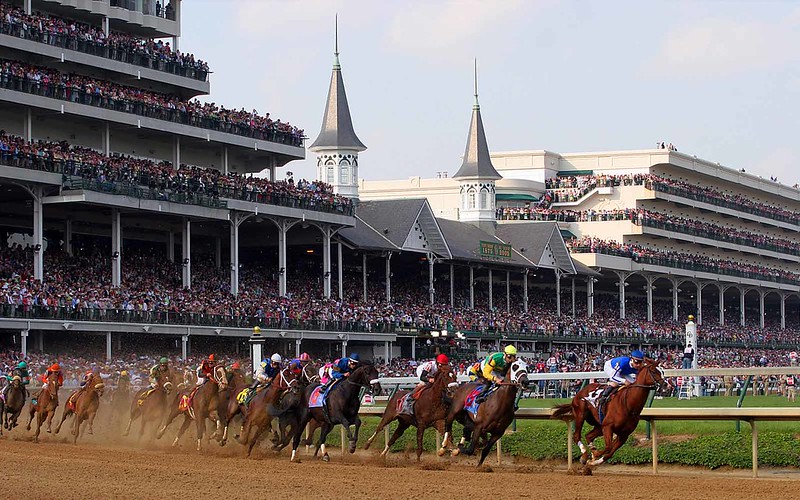 An upset at Saturday’s Arkansas Derby brought down the curtain on the 2021 Kentucky Derby Trail. Now, the who’s in/who’s out drama begins.

When 12-to-1 shot Super Stock crossed the wire ahead of Caddo River and odds-on favorite Concert Tour Saturday at Oaklawn Park, he not only pulled off an Arkansas Derby (G1) upset, but also brought down the curtain on the 2021 Kentucky Derby Trail.

Yes, the Trail has hit the finish line. Now, the who’s-in/who’s-out drama begins. 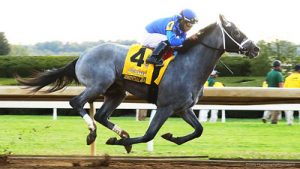 Let’s dispense with the easy stuff first. Essential Quality sits atop the ladder, with 140 points. Churchill Downs oddsmaker Mike Battaglia will put out the morning line on April 28, and you can expect Essential Quality to be the Kentucky Derby favorite. He sits at a basement 5-2 at Circa Sports and 7-1 at William Hill Nevada’s Derby futures boards. (include affiliate links)

And Down the Ladder

Now, to the fascinating part of the ladder: the bottom. Since the points system began in 2013, it’s typically taken 40 points to finish inside the Top 20 and earn a spot in the Kentucky Derby field.

Last year was the first time since 2003 that fewer than 20 horses entered the Derby, a by-product of two factors: the pandemic, which lengthened the Derby trail into August, and Tiz the Law’s prohibitive favorite status. The best 3-year-old for the first eight months of 2020 and odds-on to win the Derby, Tiz the Law finished a game second to 9-1 eventual Horse of the Year Authentic.

This year’s Derby field won’t be set in stone until Tuesday, April 27. But there’s already moving and shaking in and out of the field. After previously unbeaten Concert Tour finished a puzzling third at 1-5, trainer Bob Baffert told Horse Racing Nation that he wasn’t committed to sending the one-time Derby front-row prospect East.

Concert Tour and his 70 points sit ninth on the ladder, so he would have been safely in—if Baffert had chosen to send him. Now that Kentucky Derby favorite won’t be in the starting gate.

Get a $200 New Player Bonus when you create a new player account at TwinSpires.com. That’s a $200 cash bonus, when you sign up now!

Panadol’s connections had to pay a $6,000 supplemental fee to get him in, and he’d need quarantining before arriving in the United States.

And Crowded Trade, who finished second in the Gotham and third in the Wood Memorial (G2), may bypass the Derby for the Preakness Stakes. Trainer Chad Brown told the Daily Racing Form that he was inclined to train Crowded Trade through Derby Day and to the May 15 Preakness. 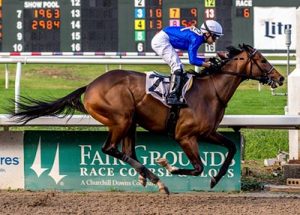 That brings us to the bubble horse: Proxy. He needed a Top 3 finish in the Lexington Stakes, the minor Derby prep run at Keeneland Saturday to ensure his Derby place. He finished fourth, continuing a momentum slide that brought him fourths in his last two Derby preps: the Lexington and the Louisiana Derby. Earlier this winter, Proxy turned in two strong seconds in the Lecomte and the Risen Star, the two Fair Grounds preps for the Louisiana Derby.

Even with that, Proxy likely would have gotten in. That’s because connections for Gotham Stakes (G3) winner Weyburn, who has 60 points, won’t run the Derby. But Proxy’s trainer Mike Stidham confirmed this week that his horse won’t run either.

Bet $50, Get $50 on your first sports bet when you create a new player account at BetAmerica.com.

Smack in the Middle 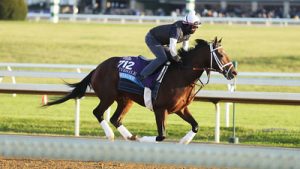 Next up is Rombauer (34 points). With the ladder shaking above him, the El Camino Real Derby winner likely has a spot. And he does have a spot in the Preakness gate, courtesy of that El Camino Real win. The California-based closer, Rombauer finished third in his last prep to Essential Quality and Highly Motivated in the April 3 Blue Grass Stakes (G2).

Behind him are Hidden Stash (32 points), Dream Shake (30), and O Besos (25). Hidden Stash finished fourth in the Blue Grass, after placing second in the Tampa Bay Derby and third in the Sam F. Davis Stakes. A trendy futures pick after an early February maiden special weight win against a strong field, Dream Shake has a pair of thirds in Santa Anita Park preps: the San Felipe Stakes (G2) and the Santa Anita Derby (G1).

O Besos popped on the radar via his third in the Louisiana Derby (G2), which accounts for 20 of his 25 points. Earlier, he finished fourth in the Risen Star (G2).

What many of the barely-in/barely-out horses have in common is catching one good day in a high-point Kentucky Derby prep. That means their connections face the decision on whether to succumb to Derby Fever and run their likely over-matched horses, or wait for another day, and another race.

Meanwhile, there are good stakes races, like the Pat Day Mile on the Derby undercard. It’s often a good spot for 3-year-olds who don’t have 10 furlongs or two turns in their blood.

An example: one-time Derby favorite and 2020 Champion 2-Year-Old nominee Jackie’s Warrior likely will run the Pat Day after he found two turns a turn too far. He exited the Derby trail after a disappointing third in February’s Southwest Stakes (G3), convinced his connections the two-time Grade 1 winner wasn’t a two-turn colt.

Dawn Harris knows her horseflesh. Follow Dawn along the Road to the Kentucky Derby with her analysis every week till the Run for the Roses. Read iGamingPlayer.

Cocktails for Your Kentucky Derby Party

Culled from Town & Country magazine, these Derby-themed cocktails are sure to heighten the excitement during “the most exciting two minutes in sports.”

Instructions: In a highball glass, combine mint, pineapple syrup, and lime juice. Gently muddle the ingredients, and add in the whiskey. Top with crushed ice and light stir to combine to ingredients. Top with G.H. Mumm and add in more crushed ice. Dash 2-3 of angostura bitters on top, and garnish with pineapple leaves and mint.

Ingredients: Add all ingredients to a cocktail shaker with ice. Shake hard to chill and combine ingredients. Strain into your glass over fresh ice.

Instructions: Combine bourbon, ginger beer, and juice from one lime wedge in a rocks glass filled with ice. Stir mixture and garnish with lime wedge.

Instructions: Add fresh mint to the bottom of the glass. Add a spoon full of crushed ice and the syrup. Muddle firmly. Fill the glass with crushed ice. Add the bourbon. Add a splash of soda and stir.