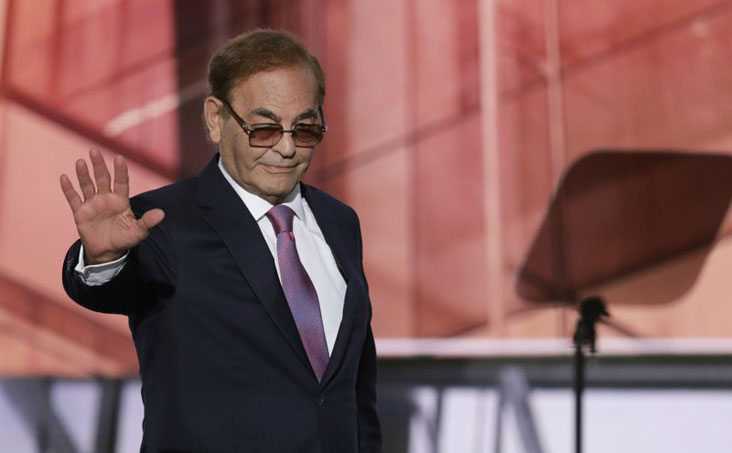 Billionaire resort operator Phil Ruffin told Nevada regulators he will add an $11 million, 2,000-seat theater at Circus Circus, which he is buying from MGM. The other big change: a sand beach with lapping waves to replace the resort’s 10-acre RV park.

The new owner of Circus Circus on the Las Vegas Strip says the resort will be getting a new 2,000-seat theater to house a new Cirque du Soleil show, “The Illusionists,” currently playing in New York.

Billionaire Phil Ruffin owns Treasure Island on the Strip, which hosts Cirque’s long-running Mystere. He announced the $11 million venue in a hearing before the Nevada Gaming Control on his application for a license to run Circus Circus, which he is buying from MGM Resorts International for $825 million.

The board unanimously recommended approving the license, which is scheduled to come before the Nevada Gaming Commission for final consideration on December 19.

Ruffin told the board he plans to remake the property’s 10-acre RV park, the last one operated by a resort company on the Strip, into a sand beach with a wave pool similar to one at Mandalay Bay.

Beyond that, not much else will change at the 50-year-old resort in the near term, he said, although the sprawling 124,000-square-foot casino will be modified to include more stadium-style games, and the sportsbook will be turned over to William Hill as part of a 50-50 partnership.

Ruffin said he has no immediate plans to refurbish Circus Circus’ 3,700 hotel rooms and no immediate plans for a 37-acre outdoor events area adjoining the property at Las Vegas Boulevard and Sahara Avenue. The Adventuredome indoor theme park, a moneymaker that attracts 2.5 million visitors a year, also will be retained.

He said also he intends to keep nearly all the existing employees.