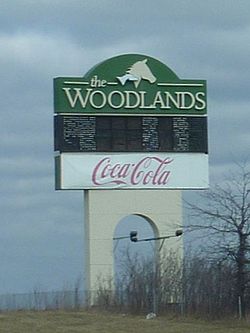 Billionaire casino owner Phil Ruffin will not turn the shuttered Woodlands racetrack (l.) in Kansas City, Kansas into a racino. He's selling the property to an Indianapolis developer for a warehouse distribution center. Ruffin bought the venue for $15 million in 2015.

Billionaire casino owner Phil Ruffin, who tried for years to reopen his Woodlands racetrack in Kansas City, Kansas as a racino, has announced he will sell the 100-acre property.

The Woodlands opened in 1989 and has been shuttered since 2008. Ruffin, owner of the Treasure Island and Circus Circus casinos in Las Vegas, purchased it in 2015 for $15 million, and for years lobbied the Kansas legislature to allow a $70 million redevelopment of the property with horseracing, 750 slots and an entertainment venue. But ;lawmakers never passed a measure lowering the state’s share of gaming tax revenue, making Ruffin’s proposal unprofitable.

Ruffin’s Kansas casino dreams may have faded, but not so for the Wyandotte Nation’s proposed casino in Park City. According to a June 23 notice on the Federal Register, on May 20 Assistant Secretary of Indian Affairs Tara Sweeney approved a 10.24-acre tract to be taken into federal trust for the Oklahoma-based Wyandotte in Park City for gaming and other purposes.

The tribe purchased the land in Sedgwick County in 1992 with $100,000 in land claim settlement money it received in 1984. But in 2014, the Department of the Interior Bureau of Indian Affairs, at the urging of the state of Kansas, said the tribe didn’t exclusively use settlement money to buy the land in Park City, and in any case the settlement already had been fulfilled when the Wyandotte built a casino in Kansas City, Kansas.

Wyandotte Nation Chief Billy Friend said construction on the planned casino could start in the next few months. “We’re looking forward to being part of the community and making jobs and creating growth in Sedgwick County and Park City.”

Friend said the facility will start out with 800 to 1,200 electronic bingo machines and eventually move up to slots and card games; those additions would require a compact with the governor of Kansas.