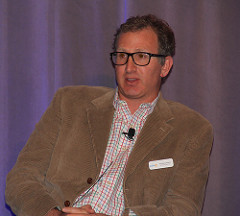 Rush Street officials said the country is an appealing online gaming market due to its reasonable tax rate and strong regulatory framework.

“RSI is thrilled to be the first U.S.-based operator to enter the regulated Colombian online gaming market where there are over 48 million people, a significant existing land-based casino market, and a player base that likes to gamble,” said Richard Schwartz, president and co-founder of Rush Street Interactive in a press release. “Betting and sports are cultural passions in Colombia so we’re excited to combine those with our mission to provide players with compelling and trusted online gambling experiences.”

The company will bring its online gaming platform to the Colombian market under the “Rush” brand, which includes the PlaySugarHouse.com online casino site in New Jersey.

“We’re going to bring a lot of the functionality, excitement, and innovation, that has worked really well for us in New Jersey, to the Colombian market for the first time,” said Schwartz.

RSI officials believe that the insight gained from operating a regulated sports book in South America will further position the company for the future of online sports betting should it be legalized in other South American markets, the release said.

Also, now that sports betting has been legalized in the U.S., the Colombia operation further expands Rush Street’s overall online portfolio, creating an even stronger foundation and competitive advantage for launching sports betting across all Rush Street gaming platforms, the release said.