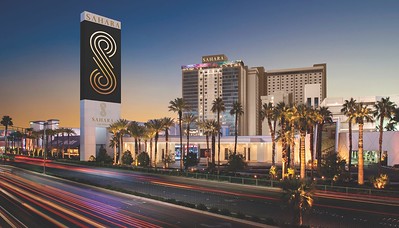 The Sahara on the Las Vegas Strip could be fined due to a complaint lodged by the Nevada Gaming Control. The agency said the resort allowed social distancing protocols to be breached on the casino floor and hosted a business gathering that exceeded the state’s 50-person limit.

The Sahara Las Vegas has become first Strip casino to be face fines for failing to comply with the Nevada Gaming Control Board’s Covid-19 guidelines on health and safety.

The board issued a two-count complaint against the casino hotel on August 5 for alleged violations that included hosting a luncheon in the conference center that exceeded the allowable maximum of 50 people and failing to enforce social distancing requirements at table games and slot machines.

The property did not say if it planned to challenge the complaint.

“We acknowledged and immediately corrected conditions related to state-mandated social distancing protocols inside the resort identified shortly after reopening in June,” management said in a statement.

It added, “We take our duties as a licensed gaming operator very seriously and work continuously to adhere to the health and safety standards set forth by the governor and Nevada Gaming Commission.”

The complaint was the fifth filed against gaming operators since the industry reopened on June 4 after a 78-day state-imposed shutdown.

Three involve Northern Nevada properties: Hotel Nevada in Ely, C.O.D. Casino in Minden and Incline Bowl in Incline Village, the latter a restricted licensee cited for not turning off its bar-top slot machines in accordance with a July directive from Governor Steve Sisolak closing gaming taverns in seven counties to stem a surge in coronavirus cases in those areas.

A slot machine route operator, Century Gaming, also has been cited for allowing bar-top slots to operate at a venue in Winnemucca after the governor’s directive.

In all, the Control Board said it has opened 156 regulatory cases relating to non-compliance with its guidelines.