Sands Sevens Out in Pennsylvania 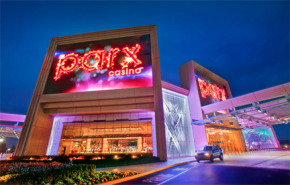 The Pennsylvania Gaming Control Board awarded the state’s fourth Category 4 mini-casino license to Greenwood Gaming and Entertainment, owner of Parx Casino in Bensalem, for a facility in South Newton Township, Cumberland County, in the southeastern part of the state.

Greenwood got the license after the board invalidated what was thought to be the winning bid from Las Vegas Sands for a satellite casino in Mercer County near the Ohio border.

Greenwood’s bid of $8.1 million secured a location for placement of a Category 4 casino in a 15-mile radius area with a center point in South Newton Township. It is Greenwood’s second venture in the satellite casino area and third Pennsylvania property overall, as the company is a partner with Cordish Companies in Stadium Casino, which is building the second casino in Philadelphia and secured the license for a mini-casino in Westmoreland County.

The $9.9 million bid by Las Vegas Sands, which owns the Sands Bethlehem casino, was thrown out after it was determined the location’s 15-mile buffer zone overlapped the zone of the mini-casino license previously won by Mount Airy Casino Resort. The gaming expansion law, enacted in November, requires each mini-casino license to pinpoint a spot surrounded by a 15-mile radius where no other casinos may be located. That radius cannot overlap another casino’s buffer zone.

Category 4 casinos are permitted 750 slot machines, and the owners can add up to 30 table games for an additional $2.5 million fee. The bids, which start at $7.5 million, will be entertained in biweekly auctions being held through May 16. The first three satellite casino licenses were awarded to Penn National Gaming for York County, Stadium Casino (a partnership between the Cordish Group and Greenwood Gaming) and Mount Airy.

The $8.1 million winning bid illustrates how the price of the mini-casinos has been dropping—Penn’s bid for the first satellite facility was more than $50 million, Stadium’s bid was $40 million and Mount Airy’s bid was $21.2 million.

Sands will be eligible to submit a new mini-casino bid at the next auction, being held March 7.

Greenwood and Sands were the only bidders for last week’s auction. The law permits the gaming board to entertain bids from outside operators for any licenses not taken by current casino licensees.

That could be a likely possibility due to an extra amount of caution with respect to competition, wrote analyst Thomas Zitt of The Innovation Group.

“For operators, the strategic implications are complex,” Zitt wrote. “Do you play defense and protect your local market, like Penn National when it snatched up York? Or expand your territory like Cordish and Mount Airy and bid on the opposite side of the state? How do you value the market potential of a location without knowing what the competitive landscape will ultimately look like? You won’t even know where previous winning bids will be developed.”

Zitt noted that only four bids were submitted for the first two mini-casino license, three for the third and two for the fourth.