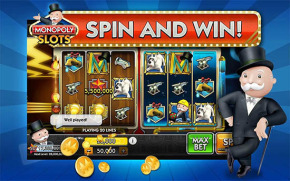 Gaming supplier Scientific Games, through its SG Social division, has launched a slot machine mobile app carrying the theme of the iconic board game Monopoly, under a continuing license agreement with Monopoly owner Hasbro, Inc.

The mobile app is available for download on multiple online platforms, including the Apple App Store, Google Play, Facebook and Amazon App Store, according to the firm. It was released worldwide.

“Monopoly and Scientific Games have a longstanding history of successful collaboration, and this new game launch further signifies the strength of our relationship with Hasbro,” said Scientific Games’ new chief executive Barry Cottle in a prepared statement.

Scientific Games announced in February the launch of SG Digital as a new business unit incorporating the firm’s existing portfolio of interactive business-to-business products and services with those of the newly acquired sports betting unit NYX Gaming Group Ltd. The parent firm said at the time that SG Digital would have a workforce of 1,500 across 34 offices, providing support services for over 200 corporate customers with over 2,000 games and an aggregate of 40 licenses worldwide.