Score Another Victory for Elaine Wynn 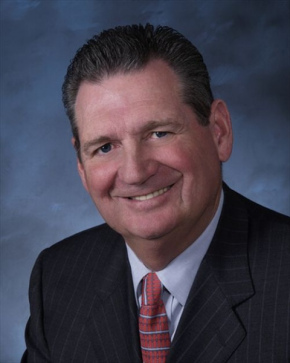 Elaine Wynn has won another key battle in her campaign to remake the board of directors of Wynn Resorts, forcing the resignation of two long-time directors just days before the company’s annual meeting last week.

Wynn, whose proxy fight to purge the board of Steve Wynn loyalists was backed by the leading corporate governance agencies, prompted Idaho real estate investor John Hagenbuch to quit rather than face a disputed re-election at the May 16 meeting. His departure was quickly followed by the resignation of former Nevada Gov. Robert Miller, whose seat was not up for re-election until 2020.

Since the sexual harassment scandal that toppled her ex-husband nearly two-thirds of the board has changed hands. Ray Irani and Ted Virtue quit shortly after Wynn resigned as chairman and CEO in February. Alvin Shoemaker is leaving at the expiration of his term in 2019. The company also has added three outsiders, all women, as independent directors: former White House press secretary Dee Dee Myers and business leaders Betsy Atkins and Winifred Webb.

Elaine Wynn, who was herself ousted from the board in 2015 in the midst of a legal battle with her ex over control of her stock, emerged as the company’s largest shareholder after Steve Wynn sold his entire interest in Wynn Resorts in March.

In a steady stream of letters to shareholders in the run-up to the meeting, Ms. Wynn voiced concern that the company was considering selling a multibillion-dollar resort under development near Boston to quell an ongoing investigation by Massachusetts regulators into the sexual harassment allegations. She wanted all nominations for directorships reopened, claiming the board was still tainted with cronies of her ex-husband who may have known of complaints about his conduct toward the company’s female employees, which reputedly dated back years. Rebuffed in that attempt, she zeroed in on Hagenbuch, a close friend of Steve Wynn’s whose seat on an internal committee investigating the claims represented a conflict of interest, as she saw it.

The committee, headed by the board’s other female director, Pat Mulroy, the Las Vegas Valley’s former water-use czar, reportedly has interviewed more than 100 people and reviewed some 3 million documents as part of the probe.

Ms. Wynn termed the departure of Hagenbuch “a good step towards establishing the ‘New Wynn,’ but there remains more work to be done.”