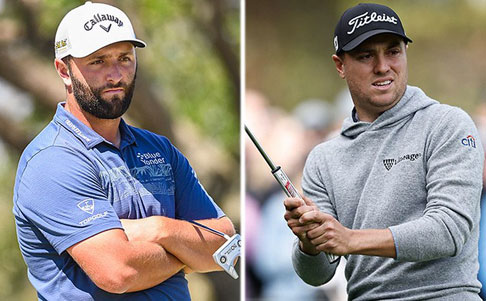 Younger players have been winning PGA Tour events, but that could change this week at the Players Championship.

Youngsters and longshots have dominated the winner’s circle at PGA Tour events this year. Those demographics will have their toughest test at the Players Championship this weekend.

Florida’s TPC Sawgrass will host one of the strongest fields of any tournament, including golf’s four majors (in fact, the PGA Tour likes to bill this event as “the fifth major,” but the nickname is eschewed by everyone else).

That said, it’s a really nice payday. The purse this year was increased from $15 million to $20 million, with the winner earning $3.6 million. That’s why the field attracts the big names. Of the Top 25 players in the Official World Golf Ranking, only No. 12 Bryson DeChambeau and No. 19 Harris English won’t play, and that’s because both are injured.

Get a refund of up to $500 in Free Bets if your 1st Fixed Odds Bet loses at PointsBet, plus up to a $1,500 Refund (in Free Bets) if your first PointsBetting Wager loses. New Customers Only! 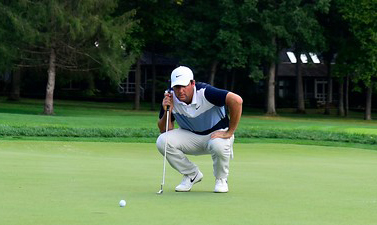 This is a difficult course, and winning the Players usually takes multiple attempts. It’s not usually a good event for younger players. Of the last four winners, only one—Si Woo Kim of South Korea—was under the age of 25 when he won. Kim was just 22 years old when he took the championship in 2017; he was such a longshot, he wasn’t even listed on the odds board, but fell under “the field” and paid +700.

This year’s event should lean to more seasoned players. Jon Rahm, ranked No. 1 in the world, is the favorite at +1200. In his last two attempts, the 27-year-old finished tied for 12th and ninth.

Justin Thomas is another veteran of this event. The 28-year-old won the Players last year, downing Lee Westwood by a stroke. But picking Thomas might not be wise; since this event began in 1974, no one has ever repeated as champion so another golfer might be the better choice. Thomas is at +1200and told reporters he’s ready to defend his title.

“I’ve been playing really well,” he said. “I’ve been working really hard and feel like some really good things are coming, but I just need to stay patient.”

Another player to avoid: Scottie Scheffler, who won the Arnold Palmer Invitational last week. Winning the week after a victory is always hard, though the 25-year-old might have the chops to do it. Scheffler won the Waste Management Open in February, and followed it up by tying for seventh at the Genesis Invitational at Riviera Country Club. That said, he only played once at TPC Sawgrass, in 2021, where he missed the cut.

A hole-in-one is reason to celebrate—especially when it wins you a Free Bet! Wager at least $17 on the Players Championship at BetMGM. You’ll get a $17 Free Bet if any golfer scores an ace on hole 17.

Stick with the Favorites 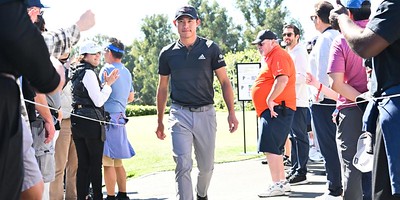 As the top pick, Rahm is getting 12 times your money and is very attractive. Besides his recent record at the Players Championship, he has a knack for playing well at difficult courses. He certainly is fond of TPC Sawgrass.

“When it comes to the course and the tournament, I think it’s a week that a lot of us look forward to,” Rahm said. “It’s a course that I’ve played well in the past. It’s a challenging golf course, and it’s one that I enjoy.”

Another player with experience is Collin Morikawa. The 25-year-old is the third pick behind Rahm and Thomas at +1400. The 2021 Open Championship winner not only played The Players Championship last year, where he finished tied for 41st, but also events at TPC Sawgrass when he was a junior golfer.

“I think I played decently in Junior Players, but I feel like it’s a course that fits my eye and I feel comfortable with,” Morikawa said. “I think a lot of guys can feel comfortable on this course, but you’ve got to come out here prepared to play some really good golf.”

That’s exactly what Morikawa has been doing so far this season. He’s played in four events, and his worst finish is a tie for seventh. His latest event was the Genesis Invitational a month ago, and he tied for second.

Do you know the signs of gambling disorder? Read all about it to keep your play safe and fun.