Second Half of MLB Season Heats Up with Intrigue for Bettors 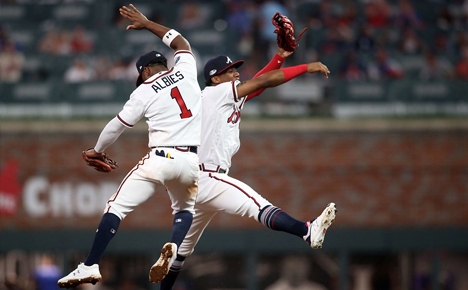 Betting Intrigue and some big storylines are on tap heading into the second half of the MLB season.

Now that the MLB All Star Break has come and gone, it’s time to get back to business. Teams got to refuel for a few days and focus their minds on the task that is now right in front of them; the regular season stretch run.

These final couple of months are where teams can completely relinquish their good starts or establish themselves as serious contenders. Just look at the defending champion Atlanta Braves (44-45 at the All Star Break a year ago), who are +900 to win the 2022 World Series.

There is a lot of drama set to unfold in the MLB’s next couple of weeks, which will create even more down the stretch. This should be a very intense and exciting second half and postseason, as it very well could be anyone’s year. Keep an eye on these major storylines and how they unfold because the landscape of the MLB could change in the blink of an eye.

Log in at BetRivers and receive a 20% profit boost on MLB every week! Max wager $25, max winnings $250. Wager must be -200 odds or greater. Profit boost expires 24 hours after issuance. 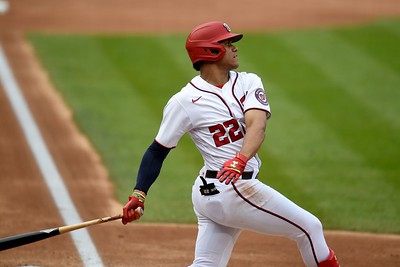 Juan Soto is one of the most dynamic hitters in MLB, as is evidenced by his Home Run Derby win on Monday night, and at age 23 is arguably still not even at his full potential. He is +6000 to win National League MVP.

He recently turned down a 15-year, $440 million contract extension offer from the Washington Nationals, which has inspired the team to open up to trade offers for the young star. This may go down as the biggest trade package in league history. Not only is Soto a rising superstar, but he still has 2.5 years remaining on his current contract.

His value might be higher than any other player we’ve ever seen traded and if he is dealt, it will shift the balance of the entire MLB for this season and plenty to come. For that reason it’s difficult to even forecast which teams have the best chances to land Soto, but early on it seems like the shortlist may include the Los Angeles Dodgers, San Diego Padres, St. Louis Cardinals, and Seattle Mariners. 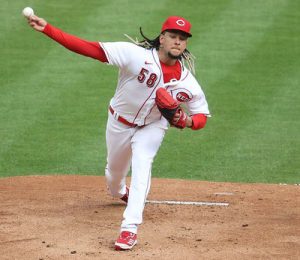 Last year, the Atlanta Braves made a series of moves at the trade deadline that ultimately took them from third place in the NL East to World Series champions. The importance of making the right moves at the deadline cannot be understated, and there are plenty of candidates this year. The top name on the market is All Star starting pitcher Luis Castillo of the Cincinnati Reds, who can slot into the top of any rotation he may join. He is +25000 to win Cy Young Award.

Another big name to watch could be Pittsburgh Pirates switch-hitting centerfielder Bryan Reynolds. After these two, there are a flurry of Oakland Athletics players who could be on a different team in a couple weeks. This includes starting pitcher Frankie Montas, and catcher Sean Murphy, All-Star pitcher Paul Blackburn, and centerfielder Ramon Laureano.

Of course, there are always some big names that don’t initially seem like trade candidates that end up on the move as well, so keep an eye out for what could be a record-setting trade deadline.

New customers at Bet365 in New Jersey can get $200 in free bets when they wager $1. All you have to do is sign up, make a deposit of $10, and claim the offer. It’s that simple! So what are you waiting for? 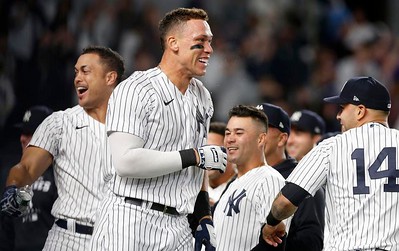 It isn’t often that you see an entire division competing for playoff spots in any league other than the NFL. This season all five American League East teams find themselves at .500 or above and within 3.5 games of a playoff spot at the All-Star Break.

Many expected the New York Yankees (-5000 to win AL East), Tampa Bay Rays, Toronto Blue Jays, and Boston Red Sox to be competitive, but the Baltimore Orioles emerging as contenders is a shock to just about everyone. The Orioles are +25000 to win the World Series.

This competitiveness within the division is fantastic for the sport and should provide an electric atmosphere down the stretch. While it seems the Yankees already just about have the division locked up, the remaining four teams will be vying for three wild card spots. This division games will be must-see TV.

When Will the Mariners Lose? 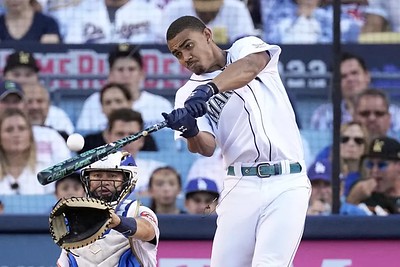 The Mariners underperformed at the beginning of the season after making some contending moves this offseason. They are +4000 to win the World Series.

Recently the team kicked it into gear, largely in part thanks to the impact of rising superstar rookie Julio Rodriguez and fellow All Star Ty France. The team went into the All-Star Break on a 14-game winning streak and will face some challenges in the next few weeks.

The team’s next six series will come against the Houston Astros and Yankees both twice, the Texas Rangers and the Los Angeles Angels. None of these teams are going to roll over and let the Mariners keep dominating. The way Seattle approaches these series will have a great impact on the rest of their season.

Seattle is currently in a wild card spot and will most likely have to settle for this route into the playoffs, as Houston has a solid hold on the AL West division race.