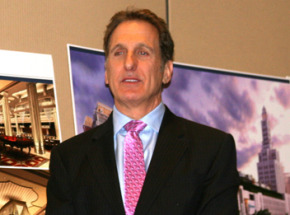 Philadelphia developer Bart Blatstein re-opened the closed Showboat casino as a non-casino hotel in 2016 saying he had no plans to operate a casino at the site.

But now, Blatstein has petitioned the New Jersey Division of Gaming Enforcement for a statement of compliance, a determination that he controls a property that could be used as a casino. The division will also investigate if Blatstein meets the criteria for casino licensing. Seeking the statement is the first step in applying for a casino license.

Blatstein told the local Press of Atlantic City that he is just “starting the process” for licensing, but is keeping his options open for the property.

The re-openings would leave the Showboat as a non-casino hotel in the midst of three casinos. Blatstein did acknowledge that the area is seeing an economic rebirth.

“There is over a billion dollars worth of investment in that part of the town, that should not be ignored,” Blatstein told the paper.