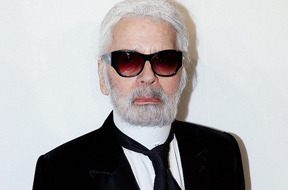 Leong: Grand Lisboa will bring something new to Cotai

Macau casino operator SJM Holdings Ltd. says work will continue on a hotel named for superstar couturier Karl Lagerfeld in the wake of his death. The 80-something designer died last week in Paris; news of his passing was announced on Tuesday.

SJM stated that it was “deeply saddened” by his death, and said he hotel will stand “as a legacy to his creative genius,” according to the Washington Post. The resort will also feature a Versace-themed hotel.

Lagerfeld first signed the deal in 2017, and the hotel was supposed to have opened in 2017. Construction is ongoing, and earlier in February SJM CEO Ambrose So said he is “confident” that the property will be completed and ready for licensing “within 2019.”

According to GGRAsia, SJM Holdings said the hotel will have up to 270 guestrooms and suites in a “20-storey exclusive tower.” An executive of Karl Lagerfeld Group BV called the development “an important milestone” in the development of the brand and business “globally and specifically in Greater China.”

Though SJM is late to the game on Cotai, where market rivals Wynn Resorts, Sands China, Melco Resorts and others have been operational for several years, Executive Director Angela Leong said the property will distinguish itself with new and different offerings.

“We will have new hotels and other services that can attract more tourists, also renowned restaurants. I believe it will give a good image to Macau. We can’t repeat what already exists in Cotai. We will be the last and we will try to bring new offerings,” Leong told local press.