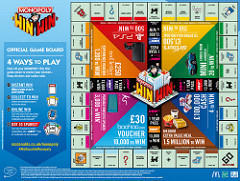 In 2016, a controversy erupted in the video gaming world when a website run by YouTube stars Trevor “Tmartn” Martin and Tom “Syndicate” Cassel was accused of being a “skins” betting site for the video game Counter Strike Global Offensive.

The scandal helped set off controversy about skins betting, or the trading and betting of virtual items seen to have real-money values in the gaming community. Estimates on the betting and trading of skins runs into the billions of dollars and has prompted regulatory reviews in several countries.

According to a report at Polygon.com, Martin and his company were the target of multiple civil lawsuit, but were never charged with a crime by any state or federal agency. The company’s lawyer recently told the website that the site CSO Lotto did not break any laws because all of its contests could be played for free.

On the site, players would connect their Steam accounts and use the weapon skins they owned to enter into those games. However, lawyer Coleman Watson said the site also offers ways to enter the game for free, much like sweepstakes games run by fast food chains.

“The trick to that is if you’re in McDonalds and you look at the display, it says you don’t have to buy any fries or Coke to play the game,” Watson told the website. “You just have to walk up to the counter and ask for a ticket. Then you mail it in and they’ll tell you if you won or not. Our business model for CSGO Lotto was no different than that. It would have allowed anyone who ever wanted to play the games for free skins to get them. All they had to do was ask.”

Still, CSGO Lotto is no longer on the web and the company has folded. Watson also said most of the civil lawsuits against the company have been dismissed.

“The business closed for a couple of reasons,” Watson said. “First of all, they went into the business knowing it was a regulated area, and also an area that was very new and emerging. So, when you’re in an area that’s new and emerging, somebody’s got to be the canary in the coal mine—so to speak—and test it out to see what’s going to happen from a governmental regulation perspective.

“And sometimes you want to have that risk, and sometimes you don’t,” he said. “In this situation, when all these allegations of alleged illegal gambling came up, honestly the cost benefit of continuing forward just wasn’t worth all the exposure and everything else that came with it.”