HomeThe ShuffleSlot Payback Secrets, Or, Can You Really Increase Your Win Percentage?

Slot Payback Secrets, Or, Can You Really Increase Your Win Percentage? 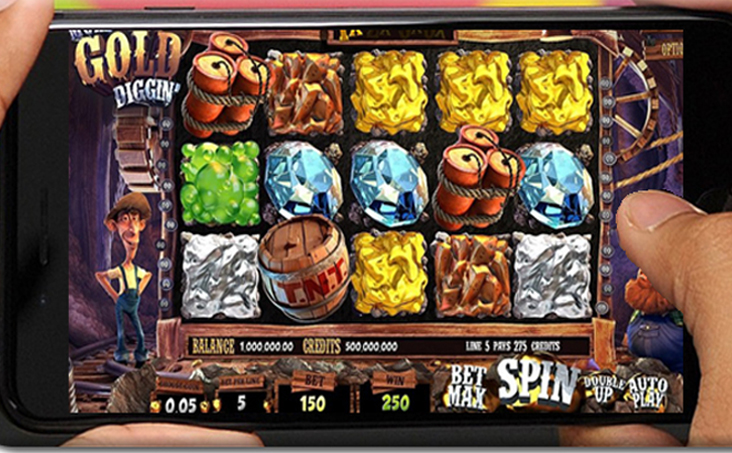 When you’re playing online slot games, a high payback percentage doesn’t mean you’ll win. But you should always keep an eye on how that payback is calculated. Here’s how.

In this column on July 9, we explored the payback percentage of online slot games, touching on how each game style returns money to you, the player. One thing I mentioned then was that you should know going in that a penny denomination generally means the lowest payback percentage on a given gaming site.

Say you want to look for the highest payback percentage—known in the trade as return to player, or RTP—on your favorite site. Again, as we covered last month, that’s going to likely be the traditional style or slot machine, with three reels and one, three, five or nine paylines, in a high denomination. So, you pick a dollar three-reel slot with an RTP of 96 percent or higher. You’re sure to win, right?

Wrong. Sorry, Charlie. A high payback percentage doesn’t necessarily mean you’re going to win today. But it means you could win a lot over time, if you stick to the same game.

That’s because the payback percentage is a theoretical number, based on a programmer’s simulation of millions of spins. Since programmers of online slot games are the same mathematicians and game developers who design physical slot machines for casinos, the standard generally in use is three to five years’ worth of spins—which is the normal life cycle of a casino slot game.

Looking for your next big win? Just follow the Spotlight Slotlight at ResortsCasino.com. Play selected online slots for a chance at big prizes. Your next jackpot could be just a spin away.

Payback percentage reflects the portion of all wagers returned to all players—all the spins by all the people who play the game over its entire life, in this galaxy, and galaxies far, far away. That means if you win today, a lot of what you win represents wagers lost by other players.

The point is, the payback percentage is a long-term number; anything can happen in the short term. A particular slot game can return a streak of wins for hours one day, and totally tank the next. Every spin is independent of every other spin.

Here’s another way to look at it: A 96 percent payback percentage translates into a 4 percent house edge. Using table games as a model, that’s a much better house advantage than blackjack, the most popular table game, which holds around 2 percent for most players, but can be as low as 0.5 percent if you play a flawless game with perfect strategy. If you use video poker as a gauge, you’re dealing with almost no house edge at all.

So, why not just play video poker and traditional slot games? Well, those games are definitely acquired tastes. Video poker players learn the strategy on their favorite games, then hunt for the highest-returning pay tables before they start playing. Traditional slot players are gamblers who bankroll their session in anticipation of waiting out the house edge, during which time they’ll run through a lot more losing spins than winning spins. They’re used to it.

Are You Playing for Money or for Fun?

The low RTP on multi-line penny games is offset by a lot of entertainment. There are bonuses, persistent features, and, since the value of a credit is so low, occasional huge credit wins. A lot of players like that entertainment factor, and don’t mind swapping the experience for a high payback percentage.

But here’s a word of caution if you seek out the low-denomination games with entertaining bonus sequences: Make sure the bonus is actually a bonus. The best low-payback games are ones for which the game designer has successfully walked the mathematical tightrope that allocates enough of the overall payback percentage to that bonus round so it happens frequently, and returns a nice, meaty bonus when it does.

GoldenNuggetCasino.com will match your first deposit dollar-for-dollar up to $1,000. For a limited time, with an additional $30 deposit, get 200 Free Spins on the brand-new slot, 88 Fortunes Megaways.

If not enough of that payback percentage is devoted to the bonus round, you’ll notice it. You’ll always get the lowest of the potential bonuses. Or more commonly, you’ll never get to the bonus in the first place.

Sure, we love picking bonuses, and persistent features that give us a goal. But if that were all we wanted from our game experience, we could get it from social sites, or our mobile phones. What makes a slot game different than an amusement game is the possibility of winning money.

That bears repeating. What makes a slot machine special is that you can win money. Games that don’t let you win aren’t fulfilling the primary purpose of why slot machines were invented. The “bonus round” is supposed to be a bonus—meaning, it should give you more than you would get by simply watching reels spin.

Also, whether it’s a primary game, a free-spin bonus or a picking game, beware of the game that celebrates a “win” that’s actually not a win. You’ll wager $3 on a spin and get music and fireworks on the screen to celebrate a “win” that’s actually $1.50. Don’t be fooled. No matter how fun the music and sound effects are, that’s still half your bet.

Bonus rounds are supposed to be fun. If you find you’re not having fun on a bonus slot, there’s one remedy: Move on to another game. Most sites have plenty to choose from. Make sure you’re getting your money’s worth, particularly if the payback percentage is low.