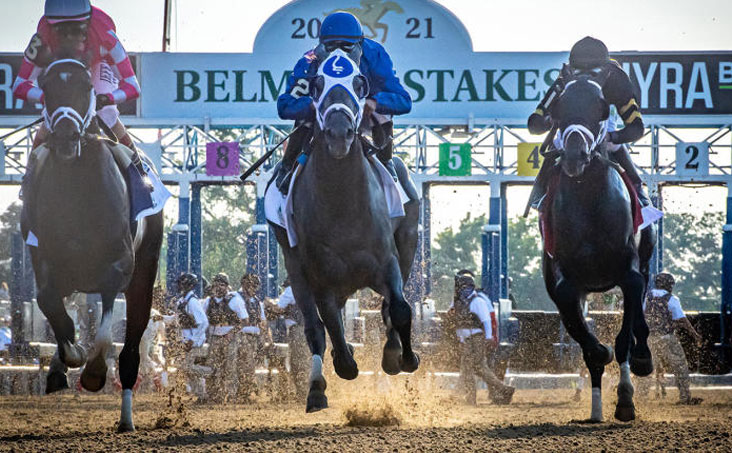 The Belmont Stakes is Saturday and the race historically doesn’t cater to the favorite. Look hard at bloodlines before you make your pick.

The Belmont Stakes tag-teams with the Preakness in sending out the smallest field among Triple Crown races. This year, only eight horses will run the 1 1/2-mile “Test of the Champion.” And yet, the Belmont is often one of the hardest races to handicap.

When you consider that seven of the last 14 Belmont Stakes winners went off at 11/1 or greater, you can hear the breaking chalk now. 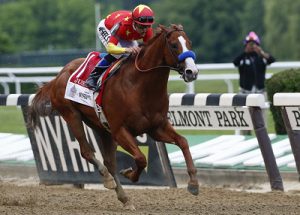 What all this means for the current field is disappointment for 2/1 morning line favorite We the People. It doesn’t bode well either for 5/2 second choice Mo Donegal or 7/2 third choice Rich Strike, who epitomizes “vulnerable favorite” in his quest to become the first non-Triple Crown winner in 27 years to win the Kentucky Derby and Belmont Stakes.

Then again, in We the People’s case, this slams into another trend. The Belmont Stakes isn’t kind to deep closers like Mo Donegal and Rich Strike, and the 2022 field is particularly loaded with this type. We the People is the lone front-end speed in this race, which augurs well for him considering 13 of the last 15 winners were within 4 1/2 lengths of the lead after the first half-mile.

We the People also ran the Peter Pan Stakes, Belmont Park’s traditional Belmont Stakes prep. To say he ran it grossly understates the ease of his 10 1/4-length victory. But that race produced three Belmont winners since 2010, including the aforementioned Drosselmeyer and Sir Winston.

It helps that We the People has a win at Belmont Park. Nicknamed “Big Sandy,” the huge oval is known for its deep soil that puts further stress on horses traveling long distances. So do Mo Donegal and filly Nest.

Then again, 12 of the last 20 Belmont winners came out of the Kentucky Derby, which puts checkmarks in the boxes of Rich Strike, Mo Donegal and Barber Road. 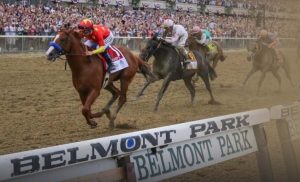 See what we mean about contrasting trends?

One Belmont Stakes constant you can always go to is pedigree. Checking the pedigree of winners reveals that sons of sprinters need not apply for your tickets. Not when it comes to running 12 furlongs, which is something none of these horses are likely to do again in their careers.

This explains why 14 of the last 15 Belmont Stakes winners are progeny of stallions who won a Grade 1 of at least nine furlongs. This is a good sign for We the People, along with Rich Strike, Nest and double-digit long shots Golden Glider and Skippylongstocking.

We the People’s father, Constitution, won the 2014 Florida Derby, setting a nice preamble for his son. You can throw in Tapit—the sire of a record four Belmont Stakes winners—as a grandsire for good measure. Rich Strike’s father, Keen Ice, is most famous for upsetting American Pharoah in the 2015 Travers Stakes. Nest comes from 2007 Preakness winner and two-time Horse of the Year Curlin.

Golden Glider, who finished a distant second to We the People in that Peter Pan, is the product of Ghostzapper. His resume is littered with Grade 1 route wins, the Breeders’ Cup Classic being the most prominent. As for Skippylongstocking, he’s the son of Exaggerator. All he did was win the 2016 Santa Anita Derby, the Preakness and the Haskell that year.

Again, the best trend for the trend-defying Belmont Stakes is to look hard at the bloodlines and look deep in the betting lines. It’s almost certain that a double-digit contender will hit the board.

*Odds courtesy of NYRA and Bet365

Watch the 154th Belmont Stakes on Saturday, June 11 from 3 p.m. to 5 p.m. ET on CNBC and from 5 p.m. to 7 p.m. ET on NBC. Coverage is also available on NBCSports.com, the NBC Sports app and Peacock. Stream or watch live on fuboTV by signing up here.