Smoke-Free Casino Could Trigger a Movement 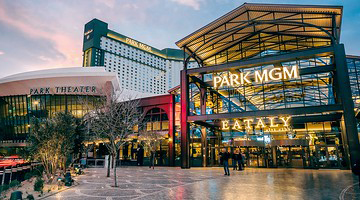 Park MGM (l.) reopened recently as a smoke-free casino. Fueled by the Covid-19 pandemic, could the decision be the start of a movement to finally having casinos join restaurants and airplanes as non-smoking locations. Supporters hope so. Casino operators aren’t on the bandwagon.

Park MGM reopened September 30 after being shuttered by the coronavirus pandemic. Amid the usual array of post-Covid-19 restrictions and requirements, the casino added another: no smoking.

On the surface, one casino ditching ciggies out of the dozens along the Strip and hundreds more throughout the country doesn’t seem to mean much, especially since similar proclamations failed to last when revenues tanked.

Yet in places like Delaware, revenues declined, but recovered, said David G. Schwartz, professor and gaming historian at the University of Nevada, Las Vegas. “And we also have other jurisdictions like Maryland where smoking was never allowed.”

If Park MGM does reasonably well with its policy, other properties might voluntarily adopt no smoking, Schwartz said.

“They would have to weigh the pros against the cons,” he said.

While Park MGM’s decision would have been made regardless of Covid-19, the viral pandemic certainly made it an easier decision. Still, this time around may be different thanks in large measure because the Covid-19 pandemic, and its potential impact on the lungs.

“Covid-19 has put a greater emphasis on health and safety, so I think that it amplifies calls for non-smoking policies in casinos,” Schwartz said.

Indeed, this could start an avalanche of support for making other casinos smoke-free.

“The idea that smoking is central to sustaining revenue is outdated and not supported with facts. Smokers and non-smokers alike prefer breathing clean air while enjoying themselves at a casino,” said Bronson Frick, director of advocacy of Americans for Nonsmokers’ Rights and the American Nonsmokers’ Rights Foundation.

It’s a simple premise, Ambrose said. “If all of the states with casinos ban smoking, the smokers will adapt,” he said.

Pandemic aside, there are at least 822 state-regulated gambling facilities in the U.S. that are required to be 100 percent smoke free indoors by law, according to the Americans Nonsmokers Rights Foundation. A 2017 survey of more than 4,000 U.S. adults by the journal Public Health Reports found nearly 75 percent strongly or somewhat favored nonsmoking casinos. More telling is 40,000 deaths annually in the U.S. attributed to second-hand smoke, according to the American Lung Association.

New Jersey Governor Phil Murphy announced this month that he was reinstating a smoking ban inside Atlantic City casinos indefinitely, based on input from public health experts.

Some executives have pointed out that a complete non-smoking/vape-only casino may even draw more millennials and other younger visitors. Another potential plus for going smokeless: employees taking less sick time. And casinos absorbing lower maintenance costs on painting and cleaning, Ambrose said.

“I think this premise requires further study because there will always be people that smoke from all generations no matter what the data shows. The goal for casinos is to achieve an operational balance in creating an environment for all customer segments. Yet if states or tribal commissions ban smoking in casinos, then problem solved,” he said.

On the other side, there is also time-on-device to consider. “If the customer’s time playing is inhibited by the need to take a smoke break in a non-smoking casino their game cycle is broken and they may not return. Anytime off the game is potential revenue lost for the casino as well as state taxes,” Ambrose said.

Technology has improved air handling within the casino resort environment. When casinos closed for the pandemic, stake-holders worked on additional solutions, Ambrose said. “We have seen an arsenal of equipment modifications and new designs offering improved air handling. But even the best system will still work harder to filter the smoke should it return.”

Covid-19 also heightens the sensitivity to cigarette smoke. “In the middle of a pandemic, people’s lives are on the line like never before,” Frick said. “Covid-19 changed how we think about safe, healthy environments and where we spend time outside of our homes. If we can visit a casino that’s smoke-free and face lower risk levels of contracting the virus, then it’s clear we will choose that property over a casino that permits smoking.”

“This debate has many qualified voices to include the casino employees, customers, casino stake-holders concerned about their revenues, and the states, along with various tribal commissions,” Ambrose said.

Before the pandemic some properties offered smokers outdoor patio gambling, he said. Non-smokers were offered tables or slot areas on the main casino floor.  “This is a patch-work application and not a solution in that second hand smoke is still in the air,” Ambrose said.

Think about it. Smoking at a casino that requires masks as a condition to reopen, involves taking off a mask to smoke and exhaling droplets into the air, which can endanger patrons and employees.

“The pandemic is forcing not just gaming companies, but also the general public, to reconsider what a safe environment looks like. It’s hard to believe we could go backwards considering that respiratory concerns have risen to the forefront,” Frick said.

Workers also have concerns about spending hours in a dangerous environment in which they could be exposed to Covid-19 because guests smoke inside.

But there’s another side to the story.

Without doubt, Covid-19 has changed the dynamics of the conversation, said property president, Joe Lupo, of Hard Rock Hotel & Casino Atlantic City. “But we need to ensure we are making decisions based on good advice from healthcare officials vs. conjecture and perception from others. Decisions on smoking’s return once allowed by the state will be based on both revenue declines and learning more about Covid-19.”

Another factor will be the competitive marketplace comparing say Atlantic City with Pennsylvania, Lupo said

“In a time when we already know visitation is down and there are barriers to increasing revenues, aspects like smoking, which there is no debating the affects to slot revenue, will be looked at again I’m sure,” Lupo said.

Casinos are the last frontier for extinguishing smoking indoors, Frick said. “Just look at airplanes and restaurants, which we now take for granted as places that should obviously be smoke-free. In the future, we’ll look back at casinos the same way and wonder what took so long.”

In the days and weeks to come properties will work on concepts and casino designs that can adapt into an operational balance for smokers and non-smokers. Then again, Ambrose said, the Park MGM decision could cause casino dominos to fall, especially if it succeeds.

“They may be foretelling the future or at the very least they are keeping the topic in public conversation,” he said. “Las Vegas history shows us images of a casino floor ambiance with gambling, smoking and alcohol. I don’t think the future will host the same images. If non-smoking casinos become the law, then the debate is over.”

That said, Lupo said remaining smoke-free could have a price for a resort like Atlantic City.

“It would be a real blow to the city if that were the case, so I would not bet on it,” he said.