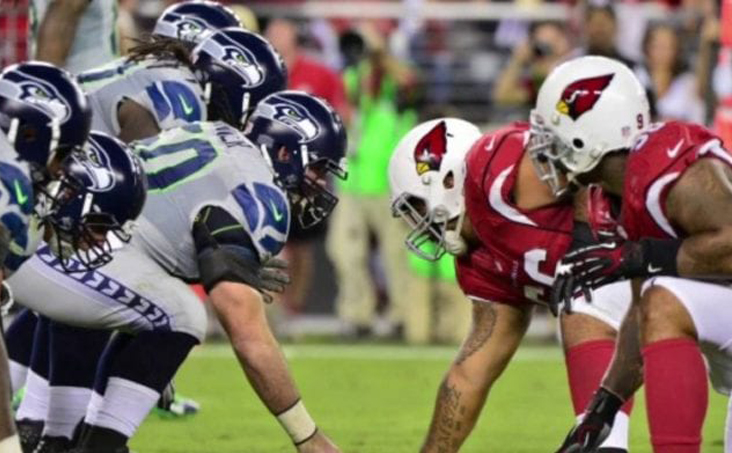 Don’t miss an important NFC West showdown between the Arizona Cardinals and the Seattle Seahawks on Sunday, October 25.

The Arizona Cardinals have gone 4-2 ATS this season and are one game behind the Seattle Seahawks in the NFC West.

Despite early success, the Cardinals (+700) have the worst chance of winning the NFC West, but have a solid chance (+106) of making the playoffs overall.

The undefeated Seahawks have the best chance to represent the NFC in the Super Bowl (+300), and the third-best chance to win the whole show (+750).

Get your best bets for the NFL season from BetQL.co. Dating back a full calendar year, BetQL’s five-star (max-value) bets have won 61% of the time!

Many football observers saw the Cardinals as a potential sleeper coming into the 2020 season. Kyler Murray had a fairly impressive rookie year, and looks much improved in his sophomore campaign. Murray seems comfortable with the speed of the NFL game and with Kliff Kingsbury’s air-raid offense. In fact, Murray (+3300) ranks ninth in MVP odds. Arizona added DeAndre Hopkins in the off-season to a stacked wide-receiver corps that already included Christian Kirk and Larry Fitzgerald. This should aid Murray’s cause.

After going 5-10-1 in 2019, the Cards are off to a 4-2 start. There are still some questions about how good they really are, due to the low quality of their competition. After beating the San Francisco 49ers in Week 1, their next three wins came against the Washington Football Team, the New York Jets and the Dallas Cowboys. A win against the undefeated Seahawks would really catch the eye of folks around the league.

Having covered in each of their four wins, the Cardinals also have a 4-2 record ATS. Despite their explosive weaponry, all six of their games have gone under the point total. One reason might be the fact that Arizona is one of the most run-heavy teams in the NFL. They run the ball on 46.1 percent of their plays, the ninth-highest percentage in the league. The Cardinals rank second in yards per rush (5.3 yards) and rank ninth in yards per play (6.1). They have been difficult to stop in the red zone, converting 80.0 percent of their red zone opportunities into touchdowns.

When it matters most, Arizona is seventh in third-down defense and second in defensive red-zone touchdown percentage. The Cardinals allow just 5.7 yards per drop-back, ranking fifth in net yards per attempt. It’s been a huge turnaround for defensive coordinator Vance Joseph’s defense.

Despite this success, Arizona (+700) has the worst chance of winning the NFC West; however, the Cardinals (+106) have a solid chance of making the playoffs in general.

Want online betting tips and strategies delivered right to your inbox? Join the growing list of informed bettors who subscribe to iGamingPlayer.com at the bottom of the page.

The Seahawks are one of just three undefeated teams in the NFL. Seattle is 5-0 due to a high-powered offense that has finally let Russell Wilson show off his talent. In the recent past, the Seahawks’ coaching staff has been criticized for running a conservative, ball-control offense.

This year, they’ve passed more on early downs and given Wilson the opportunity to carry the team. Seattle passes on 60.9 percent of their offensive plays this season, up from last year’s rate of 54.0 percent. They’ve been rewarded with an undefeated record and the best offense in the NFL. This is why they have the best chances of representing the NFC in the Super Bowl (+300), including the third-best chances to win the Super Bowl (+750).

Week 5’s thrilling 27-26 win over the Minnesota Vikings was the first time that Seattle failed to cover the spread this season. Seattle’s 4-1 record ATS is tied for the NFL’s best. Each of their first three games went over the betting total, but their last two have gone under. Offensively, the Seahawks gain 6.6 yards per play and they’ve scored 33.8 points per game through five contests. Seattle ranks first in both yards per play and scoring offense. Thanks to Wilson, Seattle leads the league with 19 touchdown passes, three more than any other team. They’re No. 1 in the league in touchdown passes, despite the fact they’ve played one less game than most others.

Defensively, the Seahawks have actually been quite poor. This isn’t one of Pete Carroll’s vintage defenses. They rank 30th in yards allowed per play (6.2), and rank 19th in scoring defense (27.0 per game). They’re 28th in net yards allowed per pass attempt and defensive third-down conversion percentage. Most of their defensive numbers are poor, but there are a couple of things the Seahawks’ defense does well. They can stop the run. They also create turnovers, forcing takeaways on 17.9 percent (third-best) of their opponents’ offensive drives.

For Arizona to win on Sunday, they should deviate from their usual offensive game plan. The Cardinals love running the ball, but this particular matchup calls for a version of the air raid offense in its more pure form. They could try to run the ball down Seattle’s throat, but stopping the run is the one thing the Seahawks can do well. Seattle will have an extremely difficult time stopping a four-wide receiver, one-running back set with all of Arizona’s weapons and a mobile quarterback like Murray. Arizona should spread Seattle’s weak defense out and pick it apart.

For Seattle to win this game, their offense must perform better on third down. The Seahawks have been amazing on early downs this season, but they’ve struggled in third down situations. Arizona’s defense has been great, so it’s unreasonable to expect Seattle to dominate early downs like they have most of the year. There will be moments when the Cardinals force the Seahawks into key third and long situations, and Wilson will be asked to make a play. He has been so good on first and second down that he hasn’t faced this pressure much. However, he must summon some of his old third down magic if the Seahawks want to stay undefeated.

Tune in to on FOX Sports on Sunday, October 25 at 4:05 p.m. ET for the Cardinals-Seahawks game from State Farm Stadium in Glendale, Arizona.

Tips to Bet the Bree