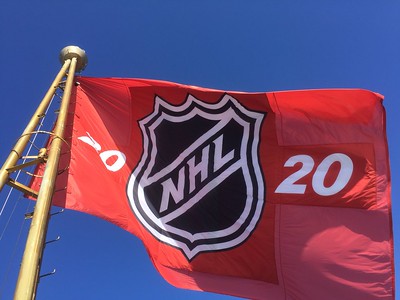 Sportradar has won the rights to distribute National Hockey League data to sportsbooks in a competitive auction. The deal could be worth more than $250 million over ten years and gives Sportradar exclusive rights to provide such data on behalf of the league.

A competitive auction awarded Sportradar the rights to distribute data for the National Hockey League to sportsbooks in the U.S. and elsewhere.

Final terms have yet to be disclosed but the bidding for the ten-year term of the contract is believed to be more than $250 million, according to Sportico. If finalized, the agreement would give Sportradar domestic gambling data rights in all four major U.S. sports, including exclusivity in the NFL.

Sportradar, which declined comment, becomes the gatekeeper for all NHL data as it relates to sports betting, including stats like goals and assists, but also a whole new set of data devised by the league, such as chips to the puck and player shoulder pads, technology that produces thousands of data points per second.

The goal of these pieces of data is to get sportsbooks to fork over money to Sportradar for official league data. Like all U.S. sports leagues, the NHL views gambling as a way to increase fan involvement and attract mew people to the sport.

The league could make more than $216 million a year in added revenue due to sports betting, based on a 2018 study by the American Gaming Association and Nielsen. Over the last five years, Sportradar has been the league’s official distributor of play-by-play data to media organizations.

Sportico wrote last month that Sportradar was exploring plans to go public through a reverse merger. The company, with investors from Mark Cuban to Michael Jordan, carries a value of $2.4 billion as recently as 2018.