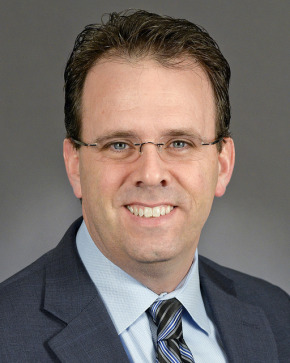 “We want to have it safe, regulated, and fair,” he said. “Sports gambling is taking place in Minnesota, especially with the Internet. A lot of this money that’s being wagered is going overseas, where there are no consumer protections. It’s not being regulated.”

Garofalo did not release details of a proposed bill.

Recently the Minnesota State Department of Public Safety said it is stepping up enforcement against illegal sports gambling, especially as the state is hosting the Super Bowl early next year.

“Sports wagering is illegal,” said Special Agent Terry Kelley of the department’s Alcohol and Gambling Enforcement Division at a press conference. “If you are giving or accepting money or something of value, and you’re paying out prizes it’s going to be illegal.”

The statement also comes as New Jersey is fighting in the U.S. Supreme Court to allow sports betting at its casinos and racetracks. About 20 states have signed onto a brief in support of that state’s efforts, but Minnesota has not joined them.

The American Gaming Association—which has also filed a brief in support of New Jersey’s case—has buoyed the argument for sports betting in Minnesota by releasing a report with Oxford Economics which shows that sports betting could bring $531 million in economic output to Minnesota’s economy, support up to 3,093 jobs and generate up to $107 million in tax revenue.

Nationwide, legalizing sports betting in the United States would support up to 152,000 jobs, creating an estimated $26 billion in economic output and generating up to $5.3 billion in tax revenue nationwide, according to the research.

Still a sports betting bill could be difficult in the state. Minnesota has not joined 16 states that have legalized daily fantasy sports wagering and has no casino gambling.