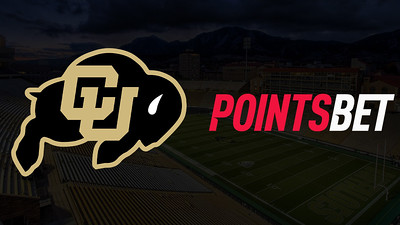 Sports betting company PointsBet has signed a gaming deal with the University of Colorado, the first such agreement between a sportsbook operator and a U.S. university. But it will hardly be the last.

Australia-based PointsBet last week became the first sportsbook operator to sign a gaming deal with an U.S. college: the University of Colorado.

The five-year agreement, which includes casino, fantasy, sports betting and free-to-play contests, allows PointsBet to put up signs at the university’s stadiums and be mentioned in radio broadcasts of games.

PointsBet, which is building its U.S. headquarters in Denver, has signed similar agreements with the Detroit Tigers, the Denver Nuggets, the Colorado Avalanche and the Pepsi Center arena.

“We’re thrilled to have PointsBet as a partner and for the benefits this sponsorship will provide for our student-athletes for years to come,” said Colorado University Athletic Director Rick George in a statement. “We are impressed with their commitment to raising awareness around responsible gaming. And we’re particularly excited whenever we can partner with sponsors who call Colorado home.”

PointsBet’s U.S. CEO Johnny Aitken told Sportico: “This isn’t a deal just to get PR, this is a long-term view for both parties, and both parties had to get very comfortable with one another. It’s centered around education and those career pathways, and being in-state, the trust factor is heightened, because we’re just miles away, not a plane flight away.”

PointsBet launched in the U.S. in 2019. Sports betting became legal in Colorado on May 1. Several providers are operating sportsbooks in the state, but PointsBet’s agreement with the university helps set it apart from the rest.

Although financial details of the agreement were not released, the university athletic department needs all the money it can get. The department typically has a $100 million budget, the great majority coming from football and men’s basketball, which are tabled at least until January. George has insisted that no sports will be cut.

In related news, William Hill U launched its mobile app in Colorado September 8, just in time for the NFL kickoff. William Hill handles 25 percent of sports bets in the U.S. The company opened retail kiosks at two Black Hawk casinos in July, but the app allows residents anywhere in the state to wager on their phones.

“There’s less to do right now, and one thing people are doing is watching sports on TV and betting on it,” he said.