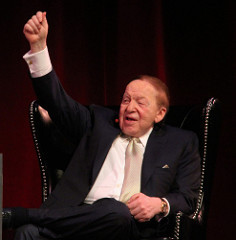 A Judiciary subcommittee of the U.S. House of Representatives will gather this week to consider federal action on the newly legalized sports betting industry. Congress is under pressure for the professional sports leagues and collegiate athletics to install some oversight and establish some way that the leagues can make money off sports betting. So far, the seven states that have legalized sports betting have rejected any payments to the leagues, so they are desperate for the help of Congress.

Utah Senator Orrin Hatch was the first to suggest oversight, and was later joined by his political opposite, New York Senator Chuck Schumer in a call for Congressional action. The hearing of the Subcommittee on Crime, Terrorism, Homeland Security and Investigation will be held on September 27.

Subcommittee chairman, Rep. Jim Sensenbrenner, a Wisconsin Republican, says the hearing will focus on the industry after the repeal of the Professional and Amateur Sports Protection Act.

“My subcommittee will look at the implications of this SCOTUS ruling and talk about what it means for the integrity of sports as well as what sorts of improper or illicit activities could arise,” said Sensenbrenner. “Ultimately, we want to determine whether or not a basic federal framework is necessary to guide states’ new gambling policies.”

Witnesses will include representatives of the leagues and some of the states that have already legalized sports betting. The American Gaming Association will be represented by Senior Vice President Sara Slane.

“Legal, regulated sports betting will enable increased transparency and enhance protections for consumers and bet and game integrity,” Slane said in a statement. “We look forward to discussing the U.S. gaming industry’s core principles for legalized sports betting with the Judiciary Committee at next week’s hearing.”

The position of the major professional and collegiate sports organizations is less clear-cut, although an influential body of internal opinion appears to be leaning toward federal regulation as the best means to prevent gambling-related corruption and provide the leagues with a measure of control over the types of bets operators can offer and a share of their revenues through exclusive control over the official league data they need to settle wagers.

Schumer has unveiled a legislative outline that would do both. He also wants betting limited to adults 21 and older, a ban on betting advertisements targeting young people and a ban on athletes, coaches, game officials, teams and league representatives taking a financial stake in any wager, which could force team owners with investments in fantasy providers DraftKings and FanDuel to divest. He also is calling for mechanisms to be put in place to combat money-laundering and other criminal activities that could arise as the industry grows.

“As legalized sports betting spreads across the states, there is a need for consistent, nationwide integrity standards to safeguard the sports millions of fans love,” the NBA, PGA Tour and Major League Baseball said in a joint statement. “We strongly support the legislative framework outlined by Senator Schumer and we encourage Congress to adopt it.”

A hearing was scheduled in June before the same subcommittee but was canceled with little notice.