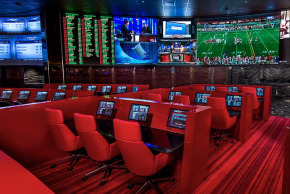 If New Jersey is triumphant in its case to allow sports betting being heard by the U.S. Supreme Court, as many as 32 states would approve sports betting in the next five years, according to a report by Eilers & Krejcik Gaming, LLC.

The company tracks state-by-state gambling legislation and predicts a sports betting market worth $6 billion and as much as $7.1 to $15.8 billion if every state allowed it.

The report notes that Americans are already betting up to $60 billion at offshore sites and bookies, said Chris Grove, managing director for the firm. Sports betting that generates about $3 billion in revenue each year from U.S. customers.

“We estimate that a properly regulated market could be worth nearly five times that amount, resulting in a financial windfall for sports betting operators, sports leagues and media and state governments alike,” Grove said.

The illegal market studied does not include office pools and “social” or “casual” bets among friends.

The study took into account whether a state already has pending legislation; if there are constitutional obstacles to expanding gambling; whether their gambling industry is united or divided; the general legislative attitude toward gambling as it exists now in a particular state, and how badly a state needs extra money, the report said.

The professional and collegiate sports leagues oppose New Jersey’s effort to legalize sports betting, saying it would threaten the perceived integrity of the games.