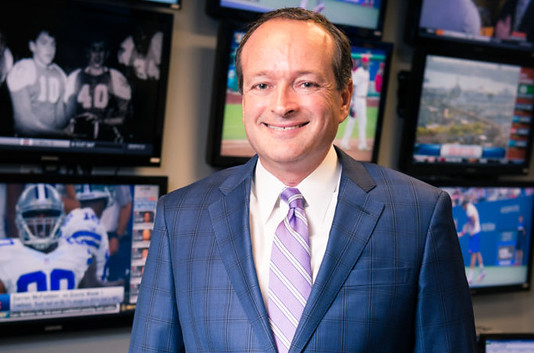 The Big Ten and Pac-12 conferences called it quits for the 2020 sports season, blaming Covid-19. The impact on sports betting will be palpable in sportsbooks all over the country. William Hill US CEO Joe Asher (l.) says the short-term impact will be bad.

On September 5, the No. 10-ranked Penn State Nittany Lions were scheduled to open the football season against the Northwestern Wildcats.

But that game and all the others on their schedule fell by the wayside when the Big Ten Conference cancelled the season August 11 to protect the health and safety of student athletes during the coronavirus pandemic.

The Pac-12 Conference followed suit the same day, and two other conferences—the Mid-American and Mountain West—postponed their games until next spring.

These seismic shifts create a void for sports bettors hoping for a fall season of games.

“The delay of college football’s Big Ten and Pac-12 conferences is a disappointment to many—the players, their families and classmates, and sports fans everywhere,” Joe Asher, CEO of William Hill U.S., told GGB News. “Unfortunately, this is a reflection of where we are in our country with the pandemic.  Obviously, this is a negative for our industry in the short term, but we take a long-term view on things like this, and there’s no doubt that all college football ultimately will return and our customers will bet on other sports until it does.”

College football ranked as FanDuel’s fourth most popular sport in 2019, certainly not a trifle when it comes to wagers, said Kevin Hennessy, director of publicity for the sportsbook. Even so, he added, “We support the decisions by the various conferences to protect the health and well-being of their players and fans.”

The development isn’t great for the industry, but it’s understandable, said William J. Pascrell III, a partner at Princeton Public Affairs Group. “The entire pandemic has had a deleterious effect on the industry. College basketball and football are huge movers. Now there’s less opportunity for betting.”

Both Big Ten and Pac-12 officials cited the risk of trying to keep players from contracting and spreading the coronavirus. Their decision to call the season before it began came less than a week after the Big Ten released a revised conference-only football schedule it hoped would help it navigate a fall season filled with potential Covid-19 disruptions.

“Every life is critical,” first-year Big Ten Commissioner Kevin Warren told the Associated Press. “We wanted to make sure we continually, not only in our words but in our actions, put the health and safety and wellness of our student-athletes first.”

“This was an extremely difficult and painful decision that we know will have important impacts on our student-athletes, coaches, administrators and our fans,” Pac-12 Commissioner Larry Scott said. “We know nothing will ease that.”

The Southeastern Conference and Atlantic Coast Conference still expect to play. So does the Big 12. The American Athletic Conference, Conference USA and Sun Belt haven’t decided on a course of action. Pascrell said it will be hard for other conferences to play this fall given the actions taken by the Big Ten and Pac-12. “I’m not optimistic we’ll see college football at all this year.”

At this point, at least 40 percent of major college football teams will be MIA this season, a decision that will cost schools millions of dollars and disrupt longstanding traditions. What it all means for TV contracts remains a mystery.

Nebraska coach Scott Frost and Ohio State coach Ryan Day both had suggested that if the Big Ten did not play, their schools might look elsewhere for games. But could that jeopardize their standing in the Big Ten?

The Nevada handle for football last year exceeded $1.87 billion, a record. Sportsbooks won $122.4 million, also a record, which includes both the NFL and college games, according to the Las Vegas Review Journal.

Those numbers might be cut almost in half if the college football season is put on ice.

“The real question is, are they postponing it or canceling it? Because if they postpone it until the spring, I don’t think it’ll be that bad for us,” said Westgate Sportsbook Director John Murray. “But if they outright cancel it like March Madness, that will be very, very bad. That was really a blow to us, to just lose the NCAA Tournament and never get it back.”

Nevada Gaming Control Board senior research analyst Michael Lawton indicated that, anecdotally, college football makes up 40 percent of the football handle. Relying on those figures, Nevada sportsbooks would see a $50 million loss in profits should the season be scuttled.

If the entire fall college season goes down, Murray expects the NFL to help fill the Saturday void.

“I doubt the NFL is going to sit idly by and let there be no football games on Saturday and play 10 games Sunday,” he said. “They’ll move games to Saturday and have double-headers or triple-headers. The ratings will be huge, and the betting handle will be huge.”

Despite the potential sports betting debacle, there’s hope for the future, Pascrell said.

“By the time we get around to NCAA basketball in early November, we should be in a better position. And we’ll prepare for a better 2021.”