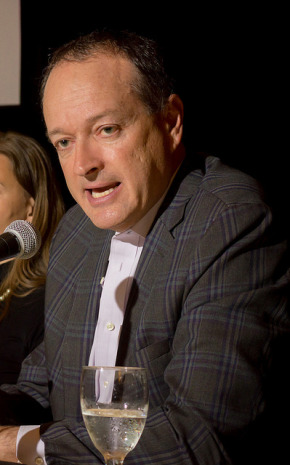 The chief executive officer of William Hill’s U.S. Division, Joe Asher, recently said the bookmaker has been “inundated” with inquiries from teams in the National Football League, Major League Baseball, the National Basketball Association and the National Hockey League. In fact, he said, “One of the most prominent franchises in the country” has expressed interest—and that was before the U.S. Supreme Court repealed the federal ban on sports betting in May.

Analysts believe legalizing sports betting will increase fan engagement and, as a result, boost revenue for the Big 4 leagues. The leagues also have been seeking a so-called “integrity fee” of 1 percent of all bets placed because they claim widespread sports betting will put their games more at risk of corruption. Most states have rejected including those fees in legislation to authorize sports betting.

Asher said although bookmakers, casinos, state regulators and the leagues have frequently disagreed over revenue and data sharing, “the leagues and the teams are interested in doing commercial deals.” However, individual teams are prohibited from making deals with bookmakers like William Hill. MLB Deputy Commissioner and Chief Legal Advisor Dan Halem said, “We have been informed that club television and radio rights holders are being approached by sports books to place advertising/enhancements. Pursuant to MLB policy, clubs must inform their rights holders that they are presently not permitted to accept such advertising. Clubs may not at this time enter into any relationship with a pure sports book, or with a casino. Commissioner Manfred intends to develop appropriate policies in this very complicated area.”

According to NFL policy, “gambling-related advertising” is included under its Prohibited Advertising Categories. However, tourism destinations like Las Vegas and horse racetracks are exempt.

The NBA has been more open about potential sponsorship deals in a regulated market under the right conditions.

William Hill recently opened a sports book at the Monmouth Park Racetrack in New Jersey, and later this month will add a second, 7,500 square foot location at the Ocean Resort Casino in Atlantic City, the former $2.4 billion Revel. William Hill and Monmouth Park together opened a $1 million sportsbook at Monmouth Park 2014, which served as a sports bar until last week when the first bets were taken.

Meanwhile, the Las Vegas Lights Football Club of the United Soccer League, a professional organization a tier below Major League Soccer, announced it teamed with bookmaker William Hill as its “exclusive sportsbook partner to create an enhanced match day experience in 2018 and beyond for fans. We are excited to partner with Lights FC. Las Vegas is truly a sports destination, and the Lights FC have been a great addition to the city. We look forward to seeing their continued success both on and off the field,” Asher said.

Lights FC owner and Chief Executive Officer Brett Lashbrook added, “William Hill is an ideal partner for a pro sports team in Las Vegas. The $5 Free Sports Bet is one of the greatest sports promotions of all time. What other pro sports teams pays its fans when it wins?”