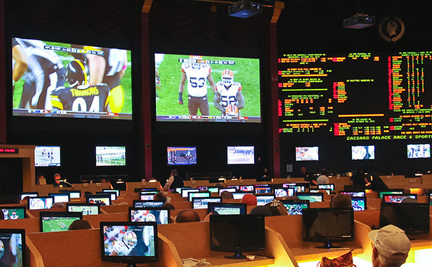 Until a few years ago, most U.S. major leagues opposed sports betting, saying it would compromise the integrity of the games. Now the same leagues are partnering with sportsbooks in a way that could benefit fans.

Just a few short years ago, U.S. major leagues stood four-square against legal sports betting. Most Americans couldn’t wager on the home team without resorting to an illegal bookie or offshore operator—dubious options that offered no recourse if the bookmaker decided not to pay.

The voice of reason belonged to NBA Commissioner Adam Silver. In a landmark 2014 New York Times op-ed, he wrote, “Sports betting should be brought out of the underground, and into the sunlight where it can be appropriately monitored and regulated.” 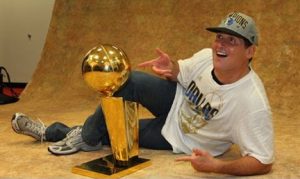 “The risk in doing what he did was great,” said Ted Leonsis, owner of the Washington Wizards and Washington Capitals. “In hindsight, it was exactly the right thing at the right time.”

It took a few years for things to change. In New Jersey, former Governor Chris Christie and Senator Ray Lesniak carried the ball for legal sports betting. In 2018, they finally got it over the line. The Supreme Court overturned the Professional & Amateur Sports Protection Act (PASPA), which outlawed sports betting in all but a few states. First enacted in 1992, PASPA was also called the Bradley Act for its chief political proponent, then New Jersey Senator Bill Bradley. (Ironically, “Dollar Bill” was a former shooting guard for the New York Knicks).

New Jersey was first to introduce legal sports bets, and other states quickly followed. Today, sports betting is legal in 21 states and D.C. By some estimates, it could reach 35 states by 2022. (See the American Gaming Association’s updated map of legal jurisdictions here.) And the sports leagues that once opposed legal bets are whistling a different tune. Every day, they’re partnering with sportsbooks in a way that benefits the fans, too.

Why These Deals Work, For Sportsbooks & For Fans

The value of these partnerships for the sportsbooks is clear: their names, brands, and promotional offers are front and center across multiple media channels, as well as in stadiums and at retail sportsbooks.

For fans, the live experience reinforces the mobile and vice versa, and they are privy to special offers, both on the mobile app and at the retail sportsbook. Nowadays, of course, those lines are increasingly blurred. More than ever, fans are choosing to do the online-onsite thing: betting on their mobile devices while enjoying the social thrill of a live sportsbook.

Also for fans, juicy sign-up offers are followed by daily, weekly and seasonal promos and bonuses to keep you coming back.

The BetMGM brand, while iconic on its own, gets a boost when it’s paired with the likes of the Denver Broncos, one of pro football’s winningest franchises. While the Broncos have also cut deals with FanDuel and Betfred, its multi-year contract with BetMGM includes an branded lounge at Empower Field at Mile High Stadium.

BetMGM has also forged partnerships with the Detroit Lions, the New York Jets, the Tennessee Titans, the Oakland A’s, and the Philadelphia 76ers. A deal with the Las Vegas Raiders made MGM Resorts a founding partner of the new Allegiant Stadium. BetMGM’s league partnerships run the gamut: MLB, NHL, MLS, NBA, WNBA, PGA and NASCAR.

Registered BetMGM players get access to a free-to-play mobile game. Just like casino patrons, they can rack up M Life Rewards points for travel, hotel stays, concerts, dining and more, and enjoy other preferred offers.

William Hill is one of the most revered names in sports betting. Born and bred in the U.K., it’s been a Vegas stalwart for years. Since 2018, it’s become just as familiar around the United States. The sportsbook has created partnerships with four NHL teams: the Washington Wizards, Vegas Golden Knights, Washington Capitals, and New Jersey Devils.

Register a new account at WilliamHill.com. If you lose your first bet, earn a Free Bet in equal value up to $500!

Aussie import PointsBet has built alliances with all U.S. major sports leagues: the NFL, NBA, MLB, NHL, and PGA. In Michigan, PointsBet is a partner of the Detroit Tigers, Detroit Pistons, and Detroit Red Wings. Other major league teams with PointsBet are the Indianapolis Colts, the Chicago Bears, and the Indiana Pacers.

In its own backyard (PointsBet’s U.S. headquarters is in Denver), the sportsbook partners with many of the home teams. The list includes the Colorado Avalanche, the Denver Nuggets, the Colorado Rapids (MLS), and the Colorado Mammoth (NLL). It’s also the official sportsbook of the Pepsi Center, home of the Kroenke Sports & Entertainment and associated teams.

The names may differ, but these two Rush Street Interactive brands are pretty much the same, and eventually will soon share the same BetRivers brand. Chicago-based RSI is a real comer in the online betting space, with both casino gaming and sports wagers. In Philly, home of Rush Street’s SugarHouse Casino, it’s partnered with the Philadelphia Flyers and the Wells Fargo Center.

“Philly has some of the best sports fans in the country,” said Mattias Stetz, COO of Rush Street Interactive. “And we look forward to hosting them in our sports lounges at the stunning Wells Fargo Center.”

In Pittsburgh, BetRivers is the official sportsbook partner of the Pittsburgh Penguins. That deal includes a BetRivers Lounge at PPG Paints Arena.

Now, these partnerships are expanding to include broadcasting alliances. RSI just-inked s multi-year deal to sponsor of a pair of Entercom and BetQL Audio Network programs.

The daily “You Better You Bet” podcast, hosted by Nick Kostos and Ken Barkley, will feature BetRivers as title sponsor. And Kostos will host the “BetRivers Sports Betting Minute,” weekdays on Entercom Sports stations.

New to the gang at BetRivers.com and PlaySugarHouse.com? Sign up in your state and your first deposit will be matched up to $250, with a 1X play through requirement!

Lately, it seems hardly a week goes by without the another alliance of sportsbook and network, league or team. All of them are dedicated to earning the loyalty and patronage of you, the fans.

Suffice it to say that, in just a few short years, everything’s changed for the better—or the bettor. Pun intended.

Work casino and sportsbook promos to your advantage. Click here.

Road to the Kentucky