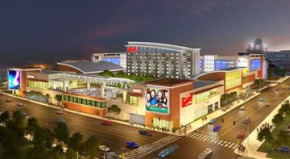 The Pennsylvania Gaming Control Board held the second in a series of auctions last week to award licenses for so-called “mini-casinos,” the satellite casinos limited to 750 slots and 30 table games, and the winner of the second of 10 licenses is a familiar name—Stadium Casino, the partnership between Baltimore-based Cordish Companies and Greenwood Gaming & Entertainment, parent of the Parx Casino at Philadelphia Park in Bensalem.

Stadium won the license to operate a mini-casino in Derry Township, Westmorland County, around 35 miles from Pittsburgh in southwestern Pennsylvania, with a bid of $40.1 million. The high bid follows one of more than $50 million that won Penn National Gaming the first mini-casino. Minimum bids under the gaming expansion law are set at $7.5 million. The win reserves a 15-mile radius around Derry Township, which includes the town of Greensburg.

As Penn did two weeks ago, Stadium is expected to pay the extra $2.5 million fee for the right to offer table games.

In an interview with the Associated Press, Travis Lamb, chief financial officer of Cordish Global Gaming, said the new casino will be located near Greensburg, because of its proximity to Pittsburgh (around a 40-minute drive) and growing housing stock. “We feel there’s demand in that region, unsatisfied demand at this point, so we can have a profitable casino there,” Lamb said.

Auctions for the 10 mini-casinos will occur every two weeks until May 16. Current land-based casino licensees have first dibs, but if licenses are still available after the last auction, the law permits the gaming board to accept bids from out-of-state casino operators.

According to a report from Eilers & Krejcik Gaming, as many as 18 states could also introduce bills to regulate sports betting this year.