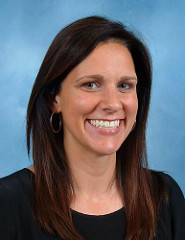 With exactly two weeks to go before the U.S. Supreme Court hears arguments in Christie v. National Collegiate Athletic Association—New Jersey’s appeal in favor of its sports-betting law, which challenges the constitutionality of the federal ban on sports betting—industry forces are gathering in support of New Jersey’s right to pass a law implementing sports betting.

At the heart of the case is whether New Jersey’s 2014 law repealing the federal prohibition on sports betting violated the 1992 Professional and Amateur Sports Protection Act (PASPA). It was the second time New Jersey legalized sports betting, and the result this time was the same as the first time—New Jersey district courts and the 3rd Circuit Court of Appeals held that state-sanctioned sports betting would violate PASPA.

In both cases, laws signed by New Jersey Governor Chris Christie were challenged by the NFL, NBA, NHL and NCAA on the basis of PASPA. In the current case, New Jersey contends that PASPA itself is an unconstitutional imposition of federal over state authority.

Headed by the American Gaming Association, the gaming industry joined with state officials, law enforcement and others in filing amicus briefs supporting New Jersey’s position, and in forming the American Sports Betting Coalition to lobby in favor of repealing PASPA.

Last week, the AGA was, as usual, at the forefront of public support for New Jersey’s position, and the repeal of PASPA by congressional action if necessary, with two separate Tuesday events in which the organization previewed the Supreme Court case and spoke out against PASPA.

The first was a press call to formally preview the Supreme Court case, moderated by Sara Slane, senior vice president of public affairs for the AGA. Slane began the call by restating AGA’s position in opposition to PASPA as a “failed law” which, instead of prohibiting sports betting, simply channeled it to a vast illegal and unregulated business.

Slane noted that the original arguments against PASPA no longer apply. “It’s a different world than when PASPA was signed,” she said. “Technology has changed. When PASPA passed in 1992, the commercial internet did not exist. Today, data analytics and integrity monitoring technology help us to oversee sports betting activity in real time—a major advantage that could not have been considered 25 years ago.”

She added that the gaming industry itself is now viewed as mainstream entertainment. “Both the perception and the industry have changed,” she said. “Now, it’s time for the law to do the same. We want to empower states and tribal sovereign nations by giving them the opportunity to decide whether to legalize and regulate sports betting, just as they have done for years with casinos, lotteries and other forms of gaming.”

She noted that a wide swath of government agencies has come down on the side of New Jersey in the Supreme Court case. “In addition to the AGA’s brief, 19 state attorneys general and/or governors signed on to West Virginia’s brief arguing the federal ban on sports betting is unconstitutional,” Slane said. “This case has wide-ranging implications for sports betting and federalism alike, which made some of those signing supporting briefs interested parties in this effort.”

The AGA call also featured William E. Moschella, an attorney for Brownstein Hyatt Farber Schreck, LLP, with his take on possible outcomes in the Supreme Court case. Moschella said the are probably “five or six different options” for how the justices may rule, but that the outcome will most likely be one of these three:

• “The court could reverse the 3rd Circuit and hold that PASPA is unconstitutional. That would basically take PASPA off the books. There are different permutations on how, but then states would be free to pass their own sports betting laws.

• “The second (possibility) is what happened in the 3rd Circuit twice—the court could affirm the 3rd Circuit and uphold PASPA. That would mean that New Jersey’s current statute, which affected a partial repeal of their sports betting ban could not go into effect.

• “Or, the court reverses the 3rd Circuit in part and allows PASPA to survive in part. That could mean many things, but one of the things it could mean is that New Jersey’s 2014 law, which enacted this partial repeal, could go into effect, so you would see sports betting at a limited number of venues specified in the statute but with no oversight by the state regulatory authority.”

The high court will hear oral arguments on sport betting on December 4, and is expected to issue its ruling sometime in early 2018.

On Tuesday evening, American Gaming Association CEO Geoff Freeman reiterated the organization’s commitment to expanded and regulated sports during a keynote address at the Sports Betting USA Conference in New York City. Freeman outlined AGA’s two-track strategy to a regulated sports betting market in the U.S.—efforts both in the courts and the U.S. Congress to effect a repeal of PASPA.

“AGA has long pursued a two-track strategy as a pathway to legalized sports betting,” said Freeman. “Working through the courts and through Congress, I am confident we can overturn this failed federal ban and give American sports fans the ability to legally wager on the teams they follow.”

Many in the industry expect a repeal of PASPA one way or the other, and stakeholders are already lining up their claims.

The suit alleges that William Hill, which owns a block of NYX stock, had pressed for measures deemed anti-competitive by NYX, including assurances that Scientific Games would not be a competitor.

NYX alleged William Hill had “engaged in wrongful conduct in violation of the New Jersey Antitrust Act in attempting to block the acquisition,” a deal which it claimed would “bring great benefits to the nascent regulated sports betting industry”.

In a November 10 press release, NYX Gaming announced that it had signed an exclusive agreement with Scientific Games for the development and distribution of a new sports betting platform in the U.S. Under the agreement, Scientific Games will invest US$30 million to fund the development of the new sports betting platform and be granted the right to be the exclusive third-party distributor for a period of 10 years.

William Hill spokesman Ciaran O’Brien said the company is defending the rights of its shareholders.

“Aggressive litigious activity is a hallmark” of mergers and acquisitions in the U.S., he said. “But it will not deter William Hill from seeking perfectly reasonable assurances about joint projects with NYX.”

The sports betting conference in New York, meanwhile, was sponsored by many European-based mobile and sports wagering vendors, jockeying for position in the U.S. market. Most, however, are not licensed in an U.S. venue, so compliance may be the first item on their plates.

“We have advisors in D.C. and legislation we’re pulling together with our commissioner who jump started the conversation,” said Spillane. “Members of Congress will be more receptive after the Supreme Court decision.”