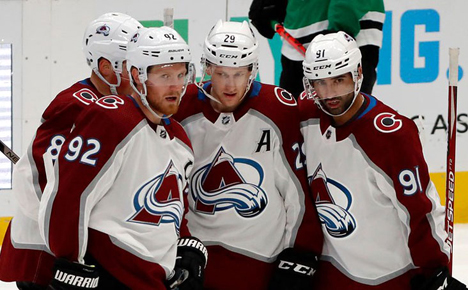 The Colorado Avalanche continue to be the favorites to win the Stanley Cup, despite being 12th in the league point standings right now at 16-7-2.

This has been an absolutely dominant regular-season team over the past few years, crushing the opposition to the tune of a dazzling 81-33-12. Every position has elite talent, from superstar Nathan MacKinnon and the first line, to young stars in the making like defenseman Cale Makar.

The problem with Colorado is that when they get into the playoffs, things unravel. Two second-round exits to the Dallas Stars and Vegas Golden Knights have ended high hopes and expectations for this team the last two years.

Still, there’s a reason they’re the favorite here, and you can get them as long as +600 at multiple sportsbooks, which is solid value for a favorite. With the immense talent they have, they should be the favorite, and eventually that talent is going to shine through and get them to the Stanley Cup Final. They play in the easier Western Conference, which gives them a much clearer path to victory than those in the East.

Will this be the year Colorado breaks through? It’s coming, you just have to predict when.

Banking on the Avalanche to win the Stanley Cup? Sign up to wager at BetMGM, and you’re already a winner with a $1,000 Risk-Free Bet. 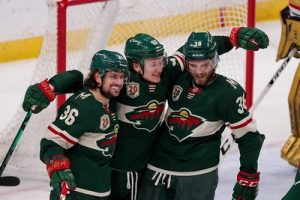 They don’t make a ton of spectacular plays or have the big-name superstars like some of the top teams, but the Minnesota Wild has played well to start the season, with a great record at 19-8-1 with 39 points. It’s more about the eye-test with this team, and this could be the year for the Wild. Goaltender Cam Talbot has played fantastic with a 15-6-0 record and 2.71 GA/G with a .917 SV%.

Last season, they made the playoffs and gave the Golden Knights all they could handle in the first round before losing, 4-3. One of the biggest bright spots for this team is Kirill Kaprizov, who leads the team with 32 points, comprising of 10 goals and 22 assists. His ability to finish at the goal is spectacular, and he’ll be the one that leads this team into the future after signing a new five-year deal with the team this past offseason.

Keep an eye on Minnesota to make more noise this season in the playoffs, and I don’t think they are far off from winning a Stanley Cup. You can get them as long as +1900 at PointsBet. 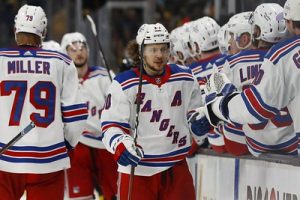 I didn’t believe the New York Rangers would be in the position they are for at least a couple years, but they are contending at the top of the Eastern Conference. They started their current rebuild about three years ago, and then they seemed to give up on it this offseason when they ousted the front office and head coach, then added more physical players instead of skilled talent. That usually is not going to work out in today’s NHL, but for the Rangers, they seem to have found a great mix of both.

The Rangers are tied for second in the NHL with 39pts and an 18-6-3 record, with former Blackhawk Artemi Panarin leading the way with 32 points on nine goals and 23 assists. They had one of the best goaltenders in the league in Igor Shesterkin before he went on injured reserve, but Alexander Georgiev has filled in well with a 5-2-1 record and 2.85 GA/G.

They’re doing all of this despite their young core of players not yet performing at a high level yet. Wingers Alexis Lafreniere and Kaapo Kakko have just eight points apiece, while center Filip Chytil has only seven. If these guys can step up as the season progresses, this team is very dangerous and could make a lot of noise come playoff time. When they get Shesterkin back, look out.

In the meantime, you can get the Rangers at +2500 at PointsBet.

Get your Best Bet Picks at BetQL. BetQL gives you access to the best mispriced lines of the day in real time based on its proprietary model. Be a more informed bettor, starting now.