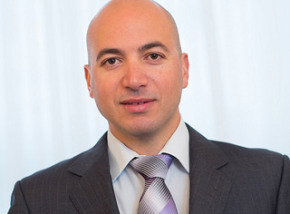 The Stars Group has made a major move into the online sports betting market with a $4.7 billion acquisition of UK facing Sky Betting & Gaming.

Sky Betting is owned by CVC Capital Partners and Sky PLC. Its brands include Sky Bet, Oddschecker and fantasy-sports sites. The company bought Sky Betting for $1.14 billion in 2014.

CVC said it would receive about $595 million in cash, as well as shares worth around 145 million pounds, in exchange for its 20 percent stake in Sky Bet. The deal is expected to be completed in the third quarter of this year, according to Reuters.

“The acquisition of Sky Betting & Gaming is a landmark moment in the Stars Group’s history,” Stars Group CEO Rafi Ashkenazi said in a press statement. “SBG operates one of the world’s fastest growing sportsbooks and is one of the United Kingdom’s leading gaming providers. SBG’s premier sports betting product is the ideal complement to our industry-leading poker platform. The ability to offer two low-cost acquisition channels of this magnitude provides the Stars Group with great growth potential and will significantly increase our ability to create winning moments for our customers.”

The deal comprises $3.6 billion in cash and the rest in newly issued shares, Stars Group said in the statement.

Stars Group said the deal will also help increase its presence in the United Kingdom, the largest regulated online gaming in the world, and provide $70 million in cost savings.

“We are delighted to join forces with The Stars Group,” Richard Flint, Sky Betting’s CEO, said in a statement. “We have had a fantastic last few years and would like to thank CVC and Sky for supporting us in becoming a leading online operator in the UK. This transaction allows us to offer our best-in-class products to a truly global audience. We’re excited about our future together.”

Additionally, according to the Stars Group, operational and financial benefits of the SBG acquisition for the company are expected to include:

• Improved products and technology with the addition of SBG’s casino, sportsbook and mobile apps; and

• Cost synergies of at least $70 million per year.

The move also seems to a continuation of the Stars Group’s moves to diversify its offerings away from just online poker. Since its acquisition of PokerStars, the company has added online casino and sports betting, as well daily fantasy sports.

In February, Stars Group also announced it was buying a controlling stake in Australia’s CrownBet Holdings for $118 million.

However, in 2017, the group reported that 67 percent of its revenue still comes from online poker. Now that the group has bought Sky Bet, Ashkenazi projected a more even revenue split between the company’s verticals with 37 percent of revenue coming from poker, 34 percent from sports betting and 26 percent from online casino offerings.

The company also pointed to expanding opportunities in the U.S., where the U.S. Supreme Court is expected to rules on a challenge to the federal Professional and Amateur Sports Protection Act, which bans sports betting in all but four states. There are high hopes in the industry that the court will strike down the bet and several states have already begun preparing sports betting laws.

The challenge to PASPA was also made by New Jersey, which presumably would be the first state to allow sports betting if the court strikes down the ban. PokerStars is already operating in New Jersey’s online gambling market.