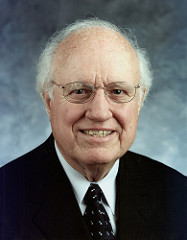 Kansas, Kentucky and Tennessee legislators are gearing up for the possibility of passing sports betting measures in their upcoming sessions.

Lawmakers in Kansas recently authorized two days of meetings to study sports betting ahead of the 2019 legislative session. No dates have been set for the meetings, which would be held by a special joint committee.

In the last session, two bills were introduced that would have authorized the Kansas Lottery to operate sports betting; neither passed out of committee. Since then the U.S. Supreme Court overturned the federal ban on sports betting.

In committee hearings during the session, Major League Baseball and the National Basketball Association representatives told lawmakers legalized sports betting should include strict regulations to prevent gambling from corrupting the integrity of their games. They also asked for an integrity fee giving each sport’s governing body a percentage of sports betting revenue to offset costs for increased monitoring and enforcement of league regulations.

No estimates have been presented on how much revenue sports wagering would generate for the state. Officials said that would depend on the types of sports betting that would be allowed and whether it would be restricted to the state’s four casinos or also offered online.

In Kentucky, state Senator Julian Carroll recently refiled an updated version of his sports betting bill. “This legislation reflects many bipartisan changes to my original bill that will result in increased revenues and more appropriate regulations to protect the public,” he stated. The measure would create the independent Kentucky Gaming Commission; tax net sports betting revenue at 25 percent; and grant licenses to the Kentucky Lottery Association and existing horse racing associations, along with any other interested venues.

defined as players, coaches, judges, referees, stewards or other officials, and “owners or shareholders of professional sports teams who might have influence over players or coaches through the ability to hire or fire” would be prohibited from placing sports wagers.

Carroll’s bill is just one that lawmakers could consider in the next session. Interim Joint Committee on Licensing, Occupations and Administrative Regulations Co-Chairman Adam Koenig, who held a comprehensive hearing on sports wagering in October, also said he will file a sports betting bill.

In addition, the measure would require a $7,500 sports betting license fee. Sports betting revenue would be taxed at 10 percent, with 30 percent of that directed to local governments. That rate compares well with states that already offer sports betting, like Delaware, New Jersey, Mississippi and West Virginia.

HB0001 also would allow mobile gaming, which is vital in Tennessee which has no casinos where locals could place bets. Most sports bets are placed online in New Jersey and Nevada. Lawmakers have suggested opening sports betting parlors in downtown Memphis and downtown Nashville.

The legislation also would establish a state gaming commission, with regulators authorized “to collaborate” with the Tennessee Bureau of Investigation for enforcing the provisions of the new law. The bill also would prohibit extending credit to sports bettors and would require individuals who bet online to register in person at a licensed brick-and-mortar sports book.

When asked about sports betting prior to the November 6 election, Republican Governor-Elect Bill Lee said, “I would work with the legislature to make sure they didn’t approve it. I think that organized betting frequently develops into organized crime that we don’t need in our state.” However, he later said he would support sports wagering referendums in counties–especially those bordering states where sports betting is legal. “I do believe that local decision-making is generally the right direction to go, so I’d be more open,” Lee said.

According to the American Gaming Association, regulated mobile sports betting with base tax rate of 10 percent could generate $4.5 billion in annual handle and $300 million in annual revenue.