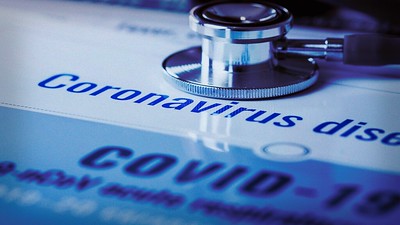 As the gaming and tourism industries reach the first full month of an unprecedented shutdown due to the coronavirus—with no firm end in sight—U.S. states are suffering massive revenue losses as well.

A new analysis by Bloomberg Tax paints a dismal picture for states that rely on leisure industries—gaming, tourism and hospitality—for a share of their tax revenues.

Some states will be especially hard-hit by the nationwide shutdown of the casino industry, which began in mid-March and soon will go into its second month. Topping the list: Nevada, whose hotel-casino industry contributed $1.4 billion in tax revenues in 2018, or about 40 percent of receipts, according to the Nevada Resorts Association.

Taken together, based on 2018 figures, the states of the union could lose collective billions from the loss of tourism, even a single quarter. According to the Bloomberg report, in 2018 U.S. states collected a total of $83 billion in taxes from tourism and $152 million from the new sports betting sector.

Factor in gaming, and the hurt gets deeper. In its 2019 “State of the States” report, the American Gaming Association was particularly upbeat, and with good reason. The report, which summed up the industry’s performance for 2018, said it was “a transformative year for the U.S. commercial gaming sector,” due in part to the landmark U.S. Supreme Court ruling that overturned the Professional and Amateur Sports Protection Act of 1992 (PASPA), opening the door to legal sports betting, as well as a robust national economy.

Now, unexpectedly, casinos across the country are dark, as are restaurants, hotels and other attractions. Hundreds of thousands of employees have been furloughed, and unemployment rates have hit record highs. Besides the financial and health implications of the Covid-19 virus, there’s the expected psychological fallout. Will Americans return to normal consumer behaviors? Or will they squirrel away their money and shy away from public places, even after the virus has been contained?

“Overall, it’s a dire picture for state and local government budgets and economies,” said Lucy Dadayan, a senior research associate at the Urban-Brookings Tax Policy Center. “State and local tax revenues from hotels, transportation, restaurants and bars will be in the red in the month of March and most likely beyond, as we are still not seeing a flattening of the Covid-19 curve.”

For 2019, Nevada had a total of 119,232 weekly initial jobless claims. Less than a month into the Covid-19 shutdown, and more than 170,500 initial claims have been filed, according to the state Department of Employment, Training & Rehabilitation.

According to an April 8 New York Times report, U.S. Labor Department figures show that more than 16 million people have been lost their jobs in just three weeks. “Two years of job losses from the last recession produced barely half that total,” the report stated.

It’s as if “the economy as a whole has fallen into some sudden black hole,” said Kathy Bostjancic, chief U.S. financial economist at Oxford Economics.

“We went from enjoying record occupancy and record average daily rates to historic lows in just a matter of a couple of weeks,” lamented John Cunningham, president and CEO of Block 22 LLC, with three hotels and a sports arena in Boise, Idaho. “The next day the conference tournaments started canceling. Almost overnight, the situation just changed.”

“Everyone’s kind of reeling from this unprecedented mass closures of our properties,” Clark of the American Gaming Association said. “But it’s not just affecting the properties—it’s the rest of the hospitality industry. This is having a remarkable impact across the board, and it’s completely unprecedented.”

“I think we’re going to see a decrease in the ability of folks to go on vacation and engage in tourism, either because they’ve had an employment disruption—which we’ve seen already happening—or they’ve already used some of their income or savings that they may have used,” Angela Fontes, director of Behavioral and Economic Analysis and Decision-Making at the University of Chicago, told Bloomberg.