Station Pulling Up Stakes in Reno 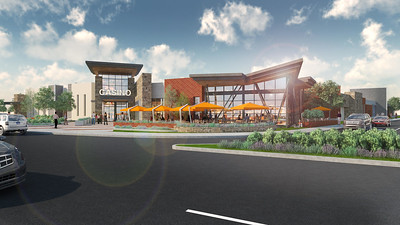 Las Vegas locals giant Station Casinos had several plans for investing big in a gaming resort in Reno, Nevada (rendering, l.). A lot of real estate was acquired in the process. It’s now all for sale.

Covid-19 has Station Casinos looking to pull out of Reno.

The Las Vegas locals giant had been interested in expanding into the Northern Nevada gaming hub with a resort-scale casino but is now listing all its land in the city for sale. It includes an 89-acre parcel on Mount Rose Highway at the southern end of town and eight acres near the Reno-Sparks Convention Center and Reno Town Mall, one of the sites of the planned casino project.

The listings were posted on Commercial Real Estate Exchange’s CREXi.com web site, according to a report in the Reno Gazette Journal.

Station’s interest in Reno dates back to 2005, when the Nevada economy was booming, and the company unveiled plans for a $500 million resort with a casino with 900 hotel rooms, retail shopping and other attractions.

The project was halted in the midst of the global financial crisis and the recession that followed, and by 2014, the company began selling off some of the real estate it had acquired in the city, including the Mount Rose Highway site.

Two years later, however, Station pulled the site off the market following a Gazette Journal story about the sale and came back to Reno City Council with a new proposal for a more scaled-down project on South Virginia Street.

That plan, which included a casino, a sportsbook with mobile wagering kiosks, restaurants, a multiplex cinema and a bowling alley, also hit headwinds when it came under criticism from Monarch Casino & Resort, owner of the nearby Atlantis Casino Resort for failing to include a hotel.

“All I’m saying is, bring a project that brings in more tourism and enlarges the pie, which helps the whole community,” Monarch CEO John Farahi said at the time. “We would love for Station Casinos to build what they planned in 2005, which included a component of rooms, because they do a great job in building facilities like they’ve done in Las Vegas.”

But with the land now listed for sale, and the pandemic ravaging the national and Nevada economies, Station’s plans in Reno may now be considered, at best, uncertain. Even in its stronghold in the south of the state the company has indicated that several its Las Vegas-area casinos are likely to remain closed indefinitely.