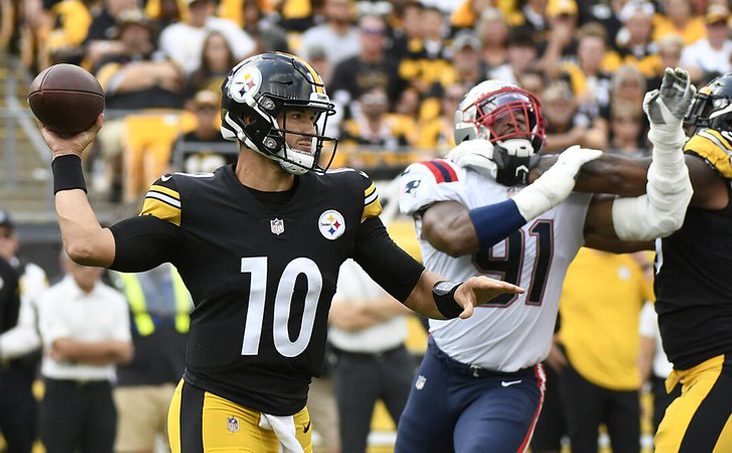 Mitch Trubisky leads the Steelers into Cleveland Thursday night to take on Jacoby Brissett and the Browns.

After two intense Thursday Night Football matchups to start the year, let’s get ready for number three and the beginning of another great week of NFL action!

This Thursday night we will see another division rivalry as the Pittsburgh Steelers head over from the Steel City to Cleveland to take on the Cleveland Browns. Cleveland is favored by 4.5 points. The total is 38.5 with the Over and Under both at -110.

These teams have been at the same level for a while now and always seem to put on a great show, so this time should be no different. Here are some matchups to look into to help you out with your betslips this week:

This Thursday we’ve got quite an opposite QB matchup as a week ago. We will be going from watching two of the top-5 QBs in the NFL last Thursday (Patrick Mahomes and Justin Herbert) to a stopgap solution in Mitch Trubisky and a suspension backup in Jacoby Brissett.

Both have looked as average as you would expect so far through a couple games each, but someone will need to step up in this primetime matchup.

In their careers, Trubisky and Brissett have played 59 and 62 games, respectively. Trubisky has thrown for 11,014 yards, 66 TDs and 39 interceptions while Brissett has thrown for 8,118 yards, 38 TDs and 18 INTs. Trubisky has had a far more successful career thus far and should continue to show this on Thursday night. He has the edge here. 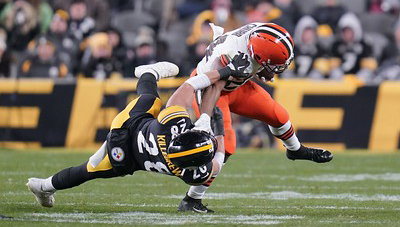 Steelers running back Najee Harris will attempt to out-rush the Browns’ two-headed monster of Nick Chubb and Kareem Hunt, as both face tough run defenses in this division matchup.

The clear advantage here is with Cleveland. The Browns have one of the best offensive lines in the league and can run a couple different ways due to the versatility of the Chubb-Hunt duo.

The Steelers, on the other hand, have one of the league’s weakest offensive lines and Harris is just in his second year in the league. The Browns are also allowing just 73.5 yards a game on the ground so far this year. While both run defenses are solid so there shouldn’t be too much running to speak of, the definite leg up goes to the Browns here.

Year in and year out the Steelers have plenty of strong options at wide receiver. This year the team is rolling out Diontae Johnson, Chase Claypool, and rookie George Pickens, as well as tight end Pat Freiermuth.

This is a reliable group that should improve as the season goes on. One of the first chances for this group to break out will be Thursday night against a Cleveland secondary that has struggled to start the year. I expect them to do just that, and specifically Johnson, who has had a couple highlight-reel catches already this season.

Expect a big day through the air for Trubisky and the Pittsburgh receiving group.

Who is Weaker, Browns WR or Steelers secondary? 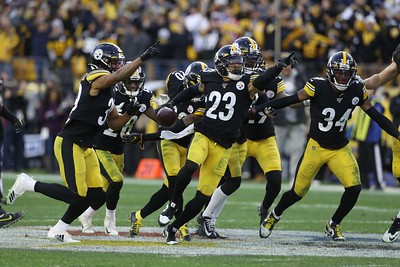 The Steelers have allowed nearly 300 yards a game in the air in their first two matchups of the season. This is a good sign for Browns receivers, who have had trouble gaining traction so far this season.

Amari Cooper has struggled as the clear top option since coming over in a trade from the Dallas Cowboys. The second and third starting receivers, Donovan Peoples-Jones and David Bell, have a combined year of NFL experience and need to adjust quickly to legitimate roles in an NFL offense.

Something has got to give here. I believe Cleveland will be down at least a couple of times, if not often in this one, so they will need to throw the ball to come back. Ample opportunity is bound to lead to some success for the Browns receivers, who I believe will take the slight advantage in this matchup.

Battle in the trenches

Luckily for the Steelers, they have a swarming front-7 led by DE Cameron Heyward and LB Myles Jack. They should find a way to overcome Cleveland’s strong O-line and get in the backfield to disrupt some plays.

The Browns also have a solid D-line behind Myles Garrett and will be able to make some plays for a loss as well. I expect both D-lines to have success against the opposing O-lines, so I guess this one can go down as a push.

This is a close one to call, as these division matchups always come down to the wire, especially in primetime. But the Steelers have had a slightly more encouraging start to the season and have just a slightly stronger roster that should allow them to cover this one on the road.

I expect the yellow-and-black to go out and grab the W from Cleveland, but it never hurts to have five points to protect you just in case.

As for the over/under, 38.5 points is an overreaction to a couple of defenses who have had good starts. The ball will be in the air a lot in this game and there will be plenty of lead changes, so you can expect this one to rise above 38.5 points.

It’s a Crime Not t