Step Up to Golden Nugget Stepper 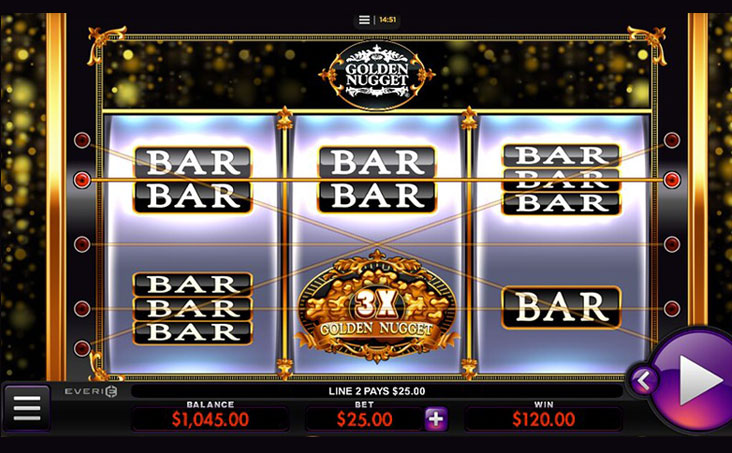 A “stepper slot” is another way of describing a traditional mechanical reel-spinning game. It refers to the stepper motor used in these machines, which is the technology used to spin and stop the physical reels.

Originally, slot machines used a spring mechanism to spin the reels and let gravity do the rest until a separate mechanism stopped the spinning. The stepper motor automated the spin and stop.

Reel-spinning stepper slots is one of Everi’s specialties for its games in the casinos, and some of the slot-maker’s most popular stepper games can now be found online through its Everi Interactive subsidiary. Golden Nugget Stepper was designed specifically for the Golden Nugget site, using tried-and-true features borrowed from the mechanical reel-spinners.

The display shows elegant gold lights streaming down a black background, framing a three-reel, five-line interface. The reel symbols are traditional single, double and triple bars, three different-colored 7s which result in four winning 7 combinations, and the wild symbol, a pile of gold nuggets, either solitary or with a multiplier of up to 5X displayed.

Go Big and Double Your First Deposit up to $1,000! Golden Nugget will match your first deposit instantly dollar-for-dollar up to $1,000!  But that’s not all, we’re topping our already unbeatable Welcome Offer with 200 Free Spins on 88 Fortunes Megaways! 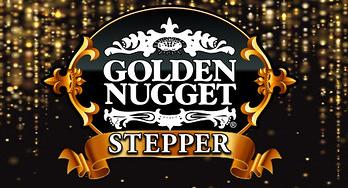 It carries a quarter denomination, and allows the player to activate only one pay line and play for 25 cents per spin if desired. We recommend activating all the lines at $1.25 per spin. You’re missing out on wins if you don’t.

The wild symbols land quite frequently, and return a win of 2 credits by themselves, without a winning combination. They also multiply each other when two land on a pay line—a 3X and a 5X wild symbol, for instance, multiplies the win by 15.

What is also very frequent is a special random “Respin” mode. Periodically, the word “respin” will appear above the reels, and they will spin in different directions for a random number of spins—each resulting in a winning combination. This can lead to some really meaty wins.

With this game, Everi has captured the essence of an entertaining traditional three-reel mechanical slot—with celebration animation for big wins, of course. And you’re bound to land a few.

You Play We Pay at Golden Nugget! Get rewards simply for playing your favorite games! Automatic enrollment – if you have a Golden Nugget account, you’re already a member. No minimum play requirements to maintain your status: once a VIP, always a VIP! 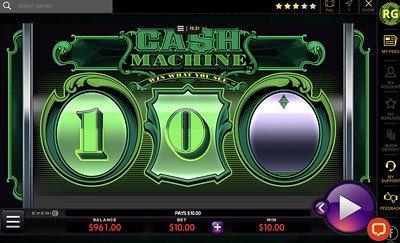 If you like this style of game, by the way, there are several similar selections from Everi on the Golden Nugget site. There is Black Diamond, a three-reel, nine-line stepper-style game with wild symbols and two progressive jackpots. There is Double Jackpot, a classic three-reel, five-line game featuring multiplying wild symbols.

Or, go for a “non-traditional” traditional game—try Cash Machine, a unique dollar game that employs a “what-you-see-is-what-you-get” play method. It’s a three-reel game, and all the reel symbols are digits. You win the number that is formed by the reel symbols.

The numbers don’t have to be adjacent to register a win. For instance. a “1” on the first reel and a “0” on the third reel still returns a $10 win.

There is a re-spin feature on this game. When a “0” or “00” lands on the third reel with no symbols on the other two, the first two reels re-spin for a win.

As with all games on the Golden Nugget site, you can sample the Stepper game or Cash Machine for free before entering a wager.

Deposit with Play+ at Golden Nugget and earn $10 credit to your Play+ Account upon successful enrollment and eligible deposit within seven days. no sign up fee, no monthly fee, no deposit fee!