HomeGambling RoundupStraub Gets Concession From New Jersey Regulators, But Not On Licensing

Straub Gets Concession From New Jersey Regulators, But Not On Licensing 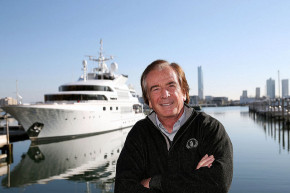 Glenn Straub, owner of the former Revel casino in Atlantic City managed to get a favorable ruling from New Jersey’s Casino Control Commission last week, but it wasn’t on the main dispute he has with the state.

Straub wants to re-open Revel as Ten and said he plans to open it February 20. He hopes to lease space at the property to a casino operators.

The commission is set to determine whether Straub will need full casino license, even if he only leases out the space. The commission was set to hold a hearing on the issue, but it was delayed after Straub’s team submitted some changes to his lease.

Those reports would be considered if the Commission rules that Straub needs full licensing.

Straub continued to criticize the commission for delaying the opening of Ten with excessive red tape and regulations, but commission officials objected to that saying it was Straub who made last minute changes to his lease. Attorneys for Straub said the changes were made to meet building requirements set by the commission.

Straub said he intends to open Ten February 20 regardless of whether the licensing issue is settled.