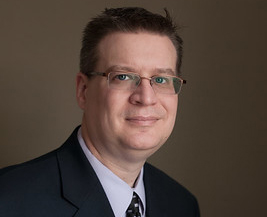 An analysis by the Allegheny Institute found that the shutdown of Pennsylvania casinos cost the state $424 million in taxes. The study, co-authored by Institute Executive Director Frank Gamrat (l.) said first-half revenues “didn’t cover a quarter of estimated losses from slot and table games.”

A study by Pennsylvania’s Allegheny Institute has found that the state lost $424 million in tax revenue while the 12 casinos were shut down between March and June.

Pennsylvania casinos, which deal with some of the highest gaming revenue taxes in the nation, lost around $968.8 million in potential gaming revenue during the shutdown, which translated into the nearly half billion in tax losses.

The study, performed by Allegheny Institute research assistant Hannah Bowser and Executive Director Frank Gamrat, analyze three categories of gaming revenue sources—slot machines, table games and internet gaming. The iGaming operations, of course, were the sole bright spot, jumping 258.6 percent from $13.9 million in January to $50 million in June, the report said. But it was not enough to counter the loss of brick-and-mortar gaming.

“Though online gaming revenue from slots, table games and poker rose to record-setting highs, the total intake from January through June ($206.6 million) doesn’t even cover a quarter of the estimated losses from slot and table games,” the report authors wrote.

The authors estimate that casinos missed out on $143.5 million in slot revenue in March and another $415 million over the course of April and May. Even with the reopenings in June, they calculate another $140.3 million in lost revenue, for a total of $699 million, which translates into $381.1 million of lost tax revenue.

Table games accounted for a loss of $270 million in revenue and $43.1 million in taxes.

The analysis also examined the costs related to casino workers being out of work while their employers were shut down. Citing data from the Bureau of Labor Statistics, the authors wrote that employment in the amusement, gambling and recreation sector was down 70 percent in April, with many of those workers likely collecting jobless benefits during that time period.

“The total number of individuals employed by all 12 casinos in the commonwealth by the end of the 2018-19 fiscal year stood at 16,717,” Bowser and Gamrat wrote. “Since the lockdown included a complete stoppage of all nonessential functions and only a few managers and maintenance crews were likely deemed essential and kept on the job, it is safe to assume that most of the 16,717 casino employees were furloughed.”