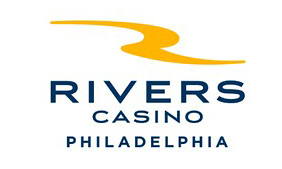 The casino originally was branded to reflect its historic origins, on the 22-acre former site of the Jack Frost Sugar Refinery. The casino’s owner, Rush Street Gaming, was the majority owner of another Pennsylvania casino, its principal Neil Bluhm having acquired majority interest two years earlier in what had been dubbed the Majestic Star. Bluhm changed the name of that property to Rivers Casino Pittsburgh, in a nod to its famous location at the confluence of Pittsburgh’s three rivers.

The renaming of SugarHouse, effective October 24, completes the consistent branding of all of the developer’s gaming properties.

“Since receiving our casino license in 2006, gaming in Pennsylvania has evolved tremendously,” Rush Street CEO Greg Carlin said in a June announcement of the pending name change. “Keeping pace with the changing landscape has been paramount to our success. Creating a unified brand is another example of how we’re anticipating and responding to the competitive market for gaming.”

Last week, Carlin issued a new statement, saying, “Having a unified brand will provide a seamless customer experience across the commonwealth with our bricks-and-mortar casinos, mobile and online, and even our sportsbooks, all part of the Rivers Casino family.”

The company’s online sportsbook, PlaySugarHouse.com, has yet to be rebranded.