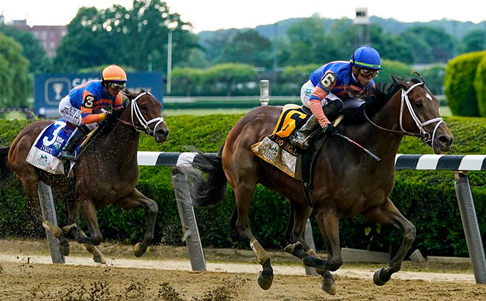 The Triple Crown races might be over, but there are more than enough marquee horse races this summer to keep bettors engaged.

The 2022 Triple Crown is in the rear-view mirror, but that doesn’t mean there aren’t a plethora of horses and races worth your handicapping attention going forward.

Including many of the Triple Crown alumni you’ve become acquainted with over the last several months. Those 3-year-olds aren’t going away. In fact, many of them will reappear in one or more of three races between now and the end of August.

As you ponder your summer of handicapping, understand two factors. The first is these races and entries are fluid. Injuries, connection decisions or any other factor could pull a horse out of one race and put them into another.

The second factor is that connections gear all of these races toward getting their charges ready for the various Breeders’ Cup races November 4-5 at Keeneland. The flagship $6 million Classic is expected to welcome its usual all-star roster of the country’s top runners. 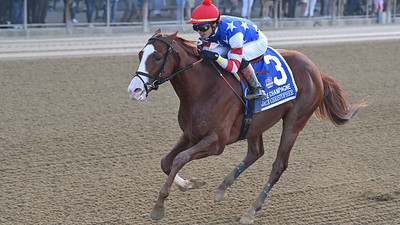 The first is the July 23 Grade 1 Haskell Stakes, Monmouth Park’s marquee race. You’ll likely see undefeated Jack Christopher, who missed the Triple Crown races after suffering an injury last fall. All Jack Christopher has done since returning was win the Grade 2 Pat Day on the Kentucky Derby undercard and the Grade 1 Woody Stephens on the Belmont Stakes undercard. 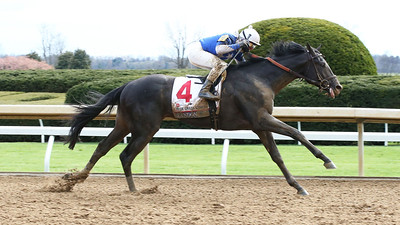 Those passing on the Haskell are likely to run the Grade 2 Jim Dandy the following weekend at Saratoga. If Early Voting doesn’t run the Haskell, you’ll find him here. You’ll find Belmont Stakes winner Mo Donegal and Blue Grass winner Zandon, who finished third in the Derby, here as well.

Those three – and likely others – will use the Jim Dandy as a tune-up for the August 27 Grade 1 Travers Stakes, considered the most prestigious 3-year-old race outside the Triple Crown. The 1-1/4-mile Travers anchors Saratoga’s biggest day of racing. Many of the top trainers of this year’s 3-year-old class targeted the Travers coming out of whatever Triple Crown race they ran.

You’re likely to see all three Triple Crown winners meet here, with Rich Strike meeting Early Voting and Mo Donegal. You’re also likely to see Derby and Preakness runner-up Epicenter, who was the beaten favorite in both those races. You’ll see Derby also-ran Zandon. Best of all, Jack Christopher will meet all his fellow 3-year-olds he left when he departed the Triple Crown trail. 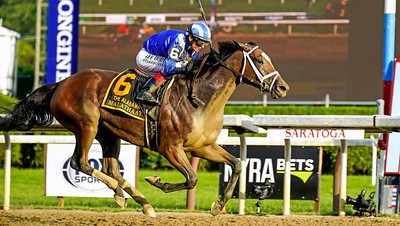 One of the races on the Travers undercard is the Grade 1 Personal Ensign, where you’ll find two of the top 4-year-old fillies in North America: Malathaat and Clairiere. Those two engaged in a raucous duel at the Ogden Phipps on Belmont Stakes Day, where Clairiere finally beat her rival. Along with Letruska, these two figure to be in the mix for an Eclipse Award as Older Dirt Female.

The August 6 Test Stakes at Saratoga offers up Matareya, last seen taking apart the Grade 1 Acorn on Belmont Stakes Day by 6-1/4 lengths. Matareya is 4-for-4 in 2022. It was another example of why the sophomore filly class of 2022 is one of the deepest in several years.

Another example comes two weeks later at the Grade 1 Alabama. You’ll see Nest and new arriviste to the upper echelon of 3-year-old fillies: Gerrymander. She comes in off an impressive three-length victory in the Grade 2 Mother Goose last weekend.

That’s a likely tune-up for the summer’s biggest race for older males: the August 6 Whitney at Saratoga. Always one of the best races of the year, this year’s Whitney lives up to its blue-blood namesake by turning the hottest horse in the country: Flightline, loose against Pegasus World Cup winner Life Is Good and the popular Hot Rod Charlie.

Flightline has left a trail of demoralized rivals and inspired racing fans every time he’s run. Last year, he won his first three races. One win was capped by the Grade 1 Malibu Stakes at Santa Anita the day after Christmas by 37 lengths. His 118 Beyer Speed Figure from the Malibu was the highest figure from a North American horse in 2021.

After an injury hiatus, he rejoined the fray at the Metropolitan Handicap on the Belmont Stakes undercard and scored a six-length victory. He’s 4-for-4 with a combined 43-length margin of victory.