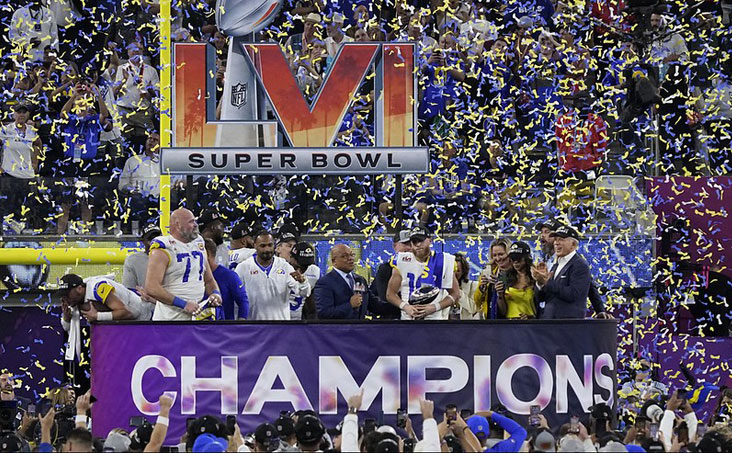 Several sportsbooks reported big wins for Super Bowl LVI, a rare game in which the favorite won but didn’t cover and the under hit. Here’s a recap.

Super Bowl LVI, between the Los Angeles Rams and Cincinnati Bengals, was decided by three points. But it wasn’t even close between sportsbooks and bettors. Sunday was one of those rare days oddsmakers dream of, as the favorite won, but didn’t cover, and the under hit.

One for the Books

Nevada had its biggest day of betting on the game, according to the Nevada Gaming Control Board (NGCB). A reported $179.8 million was wagered across 179 sportsbooks—up 32 percent from the $136.1 million bet last year, and 13 percent above the previous record, $158.6 million in 2018.

It was the 29th Super Bowl win for the books in the 31 years since the NGCB started tracking the big game in 1991. 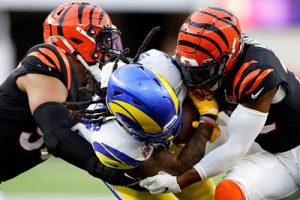 Los Angeles had been laying anywhere from 3.5 to five points. The Rams defeated the Bengals, 23-20. It was only the seventh time in Super Bowl history that the straight-up winner failed to cover the point spread.

The total on the game fluctuated as well. It opened at some places at 51, but by game time the line had dropped to 48. It was the fourth consecutive year the under hit.

Most facilities said they had record-setting days. Caesars Vice President of Trading Craig Mucklow told the Las Vegas Review-Journal that the emperor did very well. “Everybody took the Rams with us,” Mucklow said. “We went for the middle, and we got it for once.”

Even some who took the points lost because many parlayed the over with Cincinnati. Of the Top 10 biggest bets, five were losers, including four of the Top 5.

Register a new account at Caesars Sportsbook. Your first deposit will be matched with a Free Bet up to $1,500 when you deposit at least $50.

The biggest loser of Super Bowl LVI was Jim “Mattress Mack” McIngvale. The Houston furniture magnate lost $9.5 million betting on Cincinnati. He placed one bet with Caesars Sportsbook of $4.5 million on the moneyline, then followed that with another Bengals moneyline bet of $5 million.

It’s been a rough go for McIngvale. Since October, he’s lost $18 million on sports bets. In addition to his Bengals bets, he bet $2 million on the New England Patriots to win the Super Bowl, $700,000 on the Tennessee Titans to win the Super Bowl, and $6.15 million on the Alabama Crimson Tide to win college football’s National Championship. McIngvale also lost $3.3 million last year when he wagered on his hometown Houston Astros to win the World Series. But what he lost in actual wagers was balanced out (a little) by the publicity his outsized bets always get. 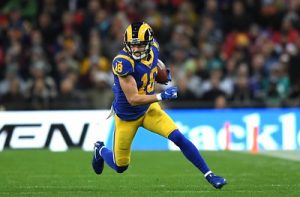 There were some winners on Sunday. One Caesars bettor in Colorado put down $6,000 that Los Angeles wide receiver Cooper Kupp would win the Super Bowl MVP. Cupp was getting +700 odds and the customer took home $42,000. The sportsbook said it was its largest MVP bet taken.

Another prop bet that paid off well was Odell Beckham Jr. scoring the first touchdown of the game. The Rams wide receiver scored in the first quarter and one BetMGM customer put down $10,000. He walked away with $100,000.

There were two bad beats for unlucky gamblers on Sunday. The first was the total for the first half on the Rams. The line was set at 13.5 points. The Rams scored their second touchdown and was a PAT away from paying off the over. The snap was bungled, however, and the Rams took a 13-10 lead into the locker room.

The other bad beat was even more excruciating. The total on Rams quarterback Matthew Stafford’s rushing was 6.5 yards. Stafford had seven yards until the final play of the game. He kneeled to run out the clock and lost a yard, crushing those that had the over.

New customers at BetMGM get a risk-free first bet of up to $600. Betting on the NBA or NCAA? New players can bet $10 to win $200 if either team makes a three-pointer! 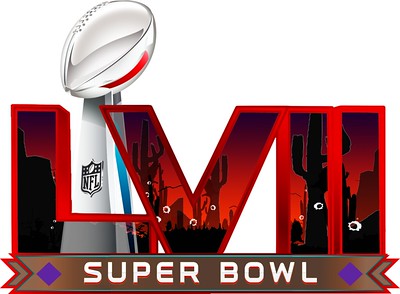