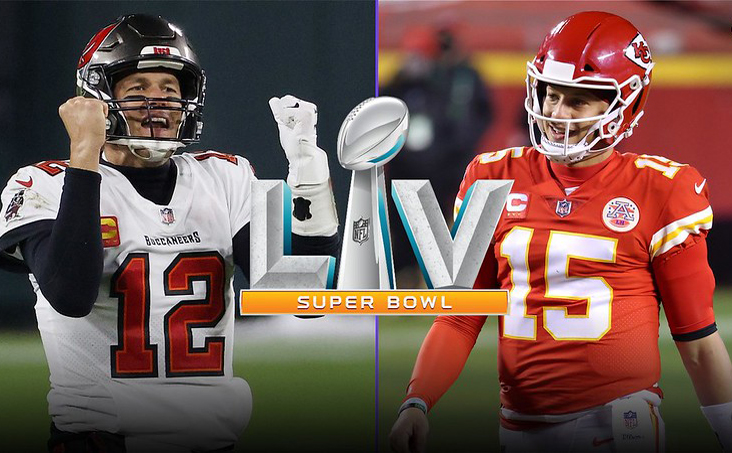 The big game is almost here! It's time to check the Super Bowl LV MVP odds for Brady, Mahomes and more.

Of course, the quarterback matchup isn’t the only reason that the Buccaneers and Chiefs are likely to provide a thrilling game. Both teams feature star-studded rosters and legitimate playmakers on both sides of the ball. And a few of them could justly claim the title of Most Valuable Player.

No wonder this game is on pace to be the highest total in Super Bowl history, according to ESPN’s David Bearman.

Bet the bowl at BorgataOnline.com and receive $100 in free bets after placing your first bet. Just register an account and make your first deposit, bet a minimum of $20, and you’re in.

Every Super Bowl is unique, but there’s no denying the importance of quarterbacks. Of course, KC’s Mahomes (+100) and Tampa Bay’s Brady (+200) are the two with the shortest odds.

But in the past 10 years, seven QBs, two defensive players, and a wide receiver have taken home Most Valuable Player honors in the Super Bowl.

Here are some players on both sides of the ball that show value early in the process:

The odds on Mahomes may be a little short. If Kansas City wins, it’ll likely be due to the reigning MVP’s fantastic play. Last year was a good litmus test to see how the award is shaped around the KC quarterback.

Mahomes went 26-of-42 for 286 yards, throwing two touchdowns and two interceptions. Though it wasn’t his best game, Mahomes was at his best in the fourth quarter and won the award.

Some people thought running back Damien Williams should have taken MVP honors, with 17 carries for 104 yards, four receptions for 29 yards, and two all-purpose touchdowns. But this is a quarterback-driven league. And this is Mahomes’ team. When in doubt, it goes to him.

I don’t really see a path for a Chiefs offensive player to win it outside of the 2018 league MVP, as he’s too involved in the offense. This can be a cheaper way to play Kansas City, as the drop off from -175 to +100 seems too steep to the expected outcome of the bets.

While the Super Bowl MVP is typically awarded to quarterbacks, and Mahomes is the likely winner if Kansas City wins, the Bucs are constructed differently.

For Tampa Bay to win, Brady doesn’t have to dominate like Mahomes does. TB12 threw three interceptions in the NFC championship win, and the Bucs were still able to pull it out. I see value going against him.

Brady has won Super Bowl MVP in four of six wins, but wide receivers Deion Branch and Julian Edelman won the other two. Brady is still great, but at 43, the Bucs don’t depend on him to win quite as much as the Chiefs depend on Mahomes.

With that in mind, Leonard Fournette sticks out at this number. There does seem to be a timeshare between him and Ronald Jones—Fournette had 12 carries against the Green Bay Packers, while Jones had 10—but the former Jacksonville Jaguar has been the more effective runner of the two, and continues to see work in passing situations.

“Playoff Lenny” is averaging more than 70 yards. He has at least four catches through three postseason games. Matched up with a Kansas City defense that was 28th in defensive rushing success, per SharpFootballStats, there will be plenty of opportunities for Fournette to make an impact in the big game

Tampa Bay may look to establish the run early in order to limit Kansas City’s possessions. In four losses with Mahomes under center in the past two seasons, the Chiefs have lost the time of possession battle by an average of more than 14 minutes.

If Fournette can bust a few runs and get to 100 yards with a score, he’ll enter the conversation should the Bucs pull the upset. I see value in this down to 20/1.

Reward yourself with up to 40% more in profits on your winning parlays at BetMGM.com! Just opt in and place a 4-7 leg parlay on any combination of events.

I group these two together because the reasoning is the same. The Tampa Bay defensive line is the X-factor in Super Bowl LV.

If the Bucs’ front seven can get into the backfield and make plays, they are in great shape to pull the upset.

Just look at the NFC title game as an example. The defensive line sacked Aaron Rodgers five times and they should be able to find success against a banged-up Chiefs offensive line. KC has dealt with injuries all season, but it looks even more challenging now after left tackle Eric Fisher tore his Achilles late in the AFC championship game.

Shaquil Barrett had three sacks on Sunday versus the Packers, and Jason Pierre-Paul had two of his own. Both of these defensive linemen are worth some loose change with the high upside payout to win MVP.

Shutting down the Kansas City offense isn’t easy, so if Tampa Bay is able to pressure and sack Mahomes on its way to an upset win, that would be the story of the game. Barrett and JPP will warrant MVP consideration if that situation plays out. Each has good value at this price.

The Super Bowl MVP odds may evolve in the runup to the big game, as will odds on the outcome. For now, per the SuperBook in Las Vegas, the Super Bowl line opened at Kansas City -3.5, while BetMGM made the Chiefs -3.

Get your best bets for the Super Bowl at BetQL.co! Dating back a full calendar year, its five-star (max-value) bets have won 61% of the time!

Get in on the Big Game Deposit Match at PlaySugarHouse.com! Place $100 or more in Real Money Wagers on Chiefs vs. Buccaneers for an additional $400 in 1X Bonus Money!