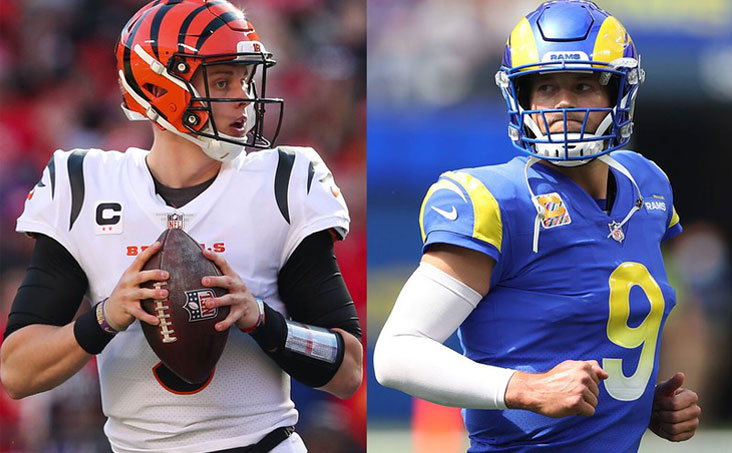 It’s the biggest betting day of the year, and the action is already ramping up as the opening lines are announced for Super Bowl LVI.

As soon as the Los Angeles Rams won the NFC Championship to secure their Super Bowl berth, sportsbooks released opening lines for the big game against the Cincinnati Bengals.

BetMGM, Caesars Sportsbook and the SuperBook at Westgate in Las Vegas all had the Rams as 3.5-point favorites. Circa Sports, Southpoint, PointsBet and Station Casinos set their line at 4 for the February 13 game.

The total for the game was anywhere from 49.5 points to 51, though that changed quickly. The SuperBook opened the total at 51, dropped it to 50.5 shortly thereafter and settled on 50 by late Sunday evening.

A day later, the lines were on the move again. BetMGM moved its line from 49.5 to 49. The over was the popular pick, with 52 percent of the tickets as well as 62 percent of the money.

Twenty-four hours later, the line for the game got a bump. By Monday afternoon, many sportsbooks had gone to 4.5 points in the Rams’ favor.

Get NFL One-Game Parlay Insurance at BetMGM! Opt in and place a football one-game parlay with 4 legs or more. If you miss one leg, get up to $25 back! Through Super Bowl Sunday, February 13.

Bengals Impressive Against the Spread

The Cincinnati Bengals have been solid against the spread. They were 10-7 in the regular season, and in the playoffs, were undefeated ATS. They were 6-point favorites against the Las Vegas Raiders and covered by a point. In the Divisional round, they were getting 4 points against the Tennessee Titans and won outright, 19-16. In last week’s AFC Championship, they were 7-point underdogs, and won 27-24.

The Super Bowl will be at SoFi Stadium—home of the Rams. It’s the second consecutive year a team has played the Super Bowl at home (the Tampa Bay Buccaneers played at home in Super Bowl XV).

Adam Pullen, assistant director of trading at Caesars Sportsbook, doesn’t think it’s much of an advantage for the RAMS. “I don’t think [homefield] means that much at all to the spread,” he said.

Lucy Burdge of BetQL said otherwise—with an asterisk. “While the Rams are technically the road team here, the game will be played on their home turf at SoFi,” she wrote, and added, “While this is an advantage for them, I wouldn’t count the Bengals out after what we’ve seen from them in these playoffs.”

She called Bengals QB Joe Burrow “an impressive, mature, self-assured guy… This coupled with the confidence and consistency of rookie kicker Evan McPherson seem to be unstoppable. Look at Joe Burrow’s sunglasses, hear him say he makes too much money for his diamond chains to be fake, and tell me that guy is not going to win the Super Bowl.”

Led by QB Matthew Stafford, the Rams haven’t been as impressive ATS in the playoffs as their rivals. They did cover as 3.5-point favorites against the Arizona Cardinals in the Wild Card Round, as well as 3-point underdogs against Tampa Bay in the Divisional Round, but failed to cover as 3.5-point picks against San Francisco in the NFC Championship. They were 9-8 ATS in the regular season.

Place a pre-game wager on Super Bowl LVI at Caesars Sportsbook and get a casino bonus of up to 56%. Valid through Super Bowl Sunday, February 13. 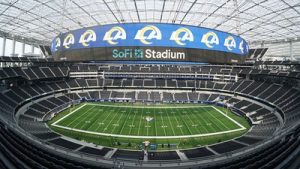 It’s not uncommon for the Super Bowl to attract six-figure bets, and sportsbooks say big money is already coming in on a game that’s still more than a week away.

Million-dollar wagers are not unknown at Super Bowl time, and sportsbooks will no doubt start announcing them as the game gets closer. Last year there were several seven-figure bets. The biggest was $3.46 million on Tampa Bay by Houston furniture magnet Jim “Mattress Mack” McIngvale. He collected a total of $6.18 million.

Ready for the Big Game?

Who: Cincinnati Bengals at Los Angeles Rams
When: Sunday, February 13 at 6:30 p.m. ET
Where: SoFi Stadium in Los Angeles, home of the Rams and L.A. Chargers
Watch: NBC-TV and Peacock