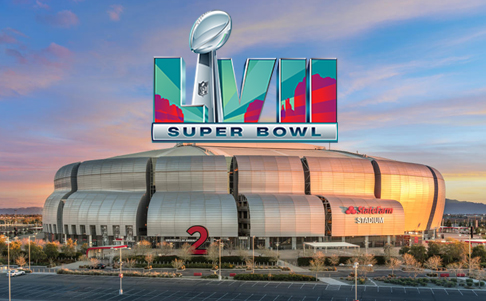 The Super Bowl odds have changed sharply from when they first opened in February and we look at who might be a good bet.

Several teams have enticing NFL odds to win the Super Bowl. The Los Angeles Chargers (+1200) are my favorite Super Bowl bet. There are, however, a few longshots worth considering.

The odds have already shifted since they were released in February. The Kansas City Chiefs opened as the favorites to win the Vince Lombardi Trophy but after the first week of the NFL regular season the Buffalo Bills took over as the favorites.

The Bills are still the favorites but there are a ton of value bets. Here are my favorite Super Bowl value bets at the BetMGM Sportsbook entering Week 3.

The Los Angeles Chargers are still my favorite Super Bowl bet. I have every one of their position groups in the top 10 of the league and predict LA to finish the regular season with a 14-3 record.

Justin Herbert, Joey Bosa, Khalil Mack and the rest of the Chargers put together an impressive 24-19 win over the Las Vegas Raiders. They are, at minimum, a top-four team in the NFL in my mind. There is a question mark since Herbert was injured but if he can still they are right in it.

The Los Angeles Rams lost 31-10 to the Super Bowl odds favorite in the Bills and slid down in those odds this week, from +1100 to +1600. If you still believe in LA’s offense, which I do, then this would be a good time to make a bet on them.

We already know they can win a Super Bowl, having done so last year. And one bad performance doesn’t take away from the fact that their offense is set up to succeed. The Rams’ defense may need some adjustments, but head coach Sean McVay will know what to do.

Similar to the Rams, the Raiders fell to a very skilled Chargers team and then lost a game they should have won against the Arizona Cardinals. Their odds to win the Super Bowl greatly changed from +3000 to +6600.

Regardless of the last two weeks, the Raiders are still a good team.

We saw in Week 1 how dominant Davante Adams will be, even though he’s left the Green Bay Packers. And Las Vegas still limited the Chargers’ high-powered offense to 24 points, which is no easy task. These are good odds for how proficient the Raiders still are. 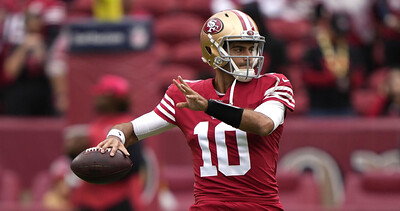 People will overreact to how the San Francisco 49ers played against the Chicago Bears in Week 1. Let them.

There is so little anyone can take away from that contest, completely altered by torrential rain. Neither quarterback was phenomenal through the air. The Bears just happened to make a few pivotal plays down the stretch.

Now that Trey Lance is out for the season, Jimmy Garoppolo (l.) should be able to lead the team, and the 49ers’ defensive front swarmed Justin Fields all day in the season opener. This San Francisco team is still capable of a deep playoff run.

Best of the Rest

It should say something that the Super Bowl odds for the Denver Broncos two weeks ago (+1600) didn’t move as much as some of these other teams despite losing to the Seattle Seahawks, 17-16. That’s because the Broncos, while they have issues to sort out, are still talented.

Undoubtedly, between questionable late-game decisions and strategies that ultimately didn’t work, Russell Wilson and the Broncos are frustrated after losing at Seattle. They will be motivated to bounce back. 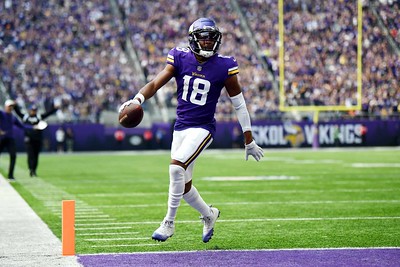 The Minnesota Vikings proved they are, at least, a fun team to watch and, at most, a franchise that’s headed in the right direction this season.

Wide receiver Justin Jefferson was amazing with nine catches, 184 yards, and two touchdowns. The Vikings also limited Aaron Rodgers and the Packers to seven points, which isn’t easy either. They might have a good shot at the NFC North crown.

I said last week Lamar Jackson was on track for a dazzling 2022 campaign, even if the Baltimore Raven’s group of pass catchers isn’t the best. With 213 yards and three touchdowns through the air in a win over the New York Jets, he didn’t prove me wrong.

Similar to last year, the Ravens are already dealing with injuries, as they lost cornerback Kyle Fuller for the year. But Baltimore’s secondary should still continue to give opponents fits.

The Miami Dolphins were a surprise two weeks ago. Not that they won, but how they won.

Tua Tagovailoa threw for 270 yards, a touchdown and no interceptions, helping Miami win time of possession by five minutes against the New England Patriots. The Dolphins forced an interception and recovered two fumbles while limiting New England to one touchdown.