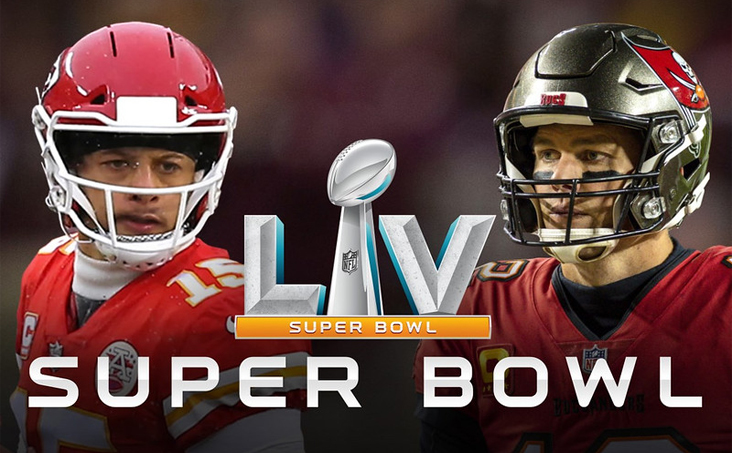 The Super Bowl is about more than the final score. Here are some fun proposition bets to make Sunday’s game more fun.

This weekend’s big game is about more than just the final score. The Super Bowl prop bets give even novice sports fans a chance to get in on the betting action, which makes the game more exciting.

According to the American Gaming Association, an estimated $6 billion was wagered on the Super Bowl last year. So it’s no wonder that oddsmakers try to entice gamblers with as many prop bets as possible. William Hill, for example, has put out 1,218 prop bets for Sunday’s game between the Tampa Bay Buccaneers and the Kansas City Chiefs.

The Westgate SuperBook in Las Vegas had a 33-page list of prop bets last Thursday, and a line of about 100 gamblers waiting to make an early bet.

Adam Pullen, assistant director of trading for William Hill U.S., said preparing all the wagers for a Super Bowl is a frenetic process.

“It’s a big jump compared to the normal routine,” Pullen said. “It’s not an incremental build-up, it’s like, bam! But I enjoy it, it’s a great matchup and it figures to be a good game. There’s a lot of legwork that goes into doing it, but this is the biggest sporting event in our country, so it is what it is. There’s a lot of attention thrown at it, and rightfully so.”

Get a $500 Risk-Free Bet when you create your new account at WilliamHill.com. If you lose your first bet, you’ll earn a Free Bet in equal value up to $500! 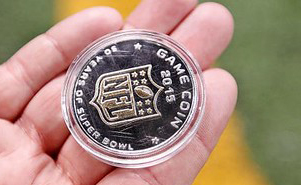 Art Manteris is credited with inventing the prop bet. The onetime head oddsmaker at Caesars Las Vegas in the 1980s is now with Station Casinos. For the 1986 Super Bowl, Manteris came up with a unique side wager between the heavily favored Chicago Bears and the New England Patriots.

Manteris listed defensive lineman William “Refrigerator” Perry at 75/1 to score a touchdown. The wager was so popular, it was driven down to 5/1. When Perry plunged into the end zone, bettors rejoiced, and a new wrinkle to Super Bowl betting was born.

Manteris is now in the Sports Betting Hall of Fame.

In Nevada, there’s only one limit to a prop bet—the wager must be associated with the play on the field. Some sportsbook operators outside of Nevada are stretching the rules a bit. When New Jersey legalized sports betting two years ago, sportsbooks were allowed to offer bets on what color of Gatorade would be poured on the winning coach. West Virginia and Indiana have followed suit with these types of bets.

Will Mahomes win back-to-back NFL Title Game MVP awards? Can fans expect a trick play? Will one of the QBs get hurt? Sign up to wager on these Big Game Boosters at PointsBet.com!

But Nevada oddsmakers have more than enough prop bets to keep them busy. Jeffrey Benson, Circa Sportsbook operations manager, said he and Chris Bennett, sportsbook manager, are in charge of finalizing all of the facility’s prop bets.

“Now that this is our second year in business, we had a good idea of the 100 or so two-sided props we wanted to offer after gauging the handle and interest from last year,” Benson said. “The QBs are very popular, in addition to our ‘Circa Squares,’ which we conceptualized last year. It’s a different take on regular squares, as we price all the combinations (fixed odds), and gamblers can choose their squares as opposed to them being drawn randomly.”

The Circa Squares are a new wrinkle in Super Bowl betting. The concept allows bettors to pick their own squares, with the prices reflecting their odds of occurring. The favorite for the final score is at 20/1, while the long shot is at 235/1.

Reward yourself with up to 40% more in profits on your winning parlays! Opt in to BetMGM.com and place a 4-7 leg parlay on any combination of sports.

Here’s another feature gaining in popularity among Super Bowl bettors: cross prop bets. As the name suggests, cross prop bets take a feature of the game, then merge it with another sport.

Jay Kornegay, vice president of race and sports operations at the Westgate SuperBook, has taken the cross prop bet and turned it into one of the more popular Super Bowl wagers; in fact, the SuperBook offers several pages of these types of bets, including an NBA player’s total points versus Kansas City total points. Yet another cross prop bet pits PGA Tour players’ four-round score in the event in Scottsdale, Arizona, versus top receiving yards for a Tampa Bay or Kansas City wide receiver.

So don’t sign your bet slips until you check out these props. And for even more insights into Super Bowl MVP odds, click here.