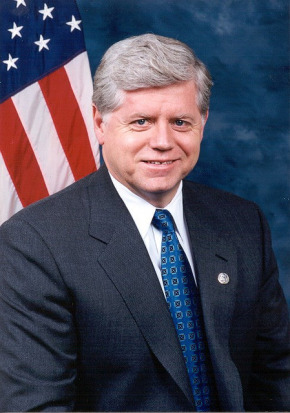 U.S. Rep. John B. Larson, whose district includes East Windsor, has belatedly added his voice to that of Connecticut’s two U.S. senators and Rep. Joseph D. Courtney, asking that the Department of the Interior publish approvals of amendments to the tribal state gaming compact with the Pequot and Mohegan tribes.

The tribes need that approval in order to safely move forward with building the state’s third casino, a satellite casino, and most salient to the point: a commercial casino. It is the commercial nature of the casino that makes it vital for the Interior Department to sign off. If the casino goes forward, it would be the first commercial casino operated by a gaming tribe, or in this case, two gaming tribes. Since the un-amended compact says that if the state allows a commercial casino to operate that would violate the exclusivity clause that guarantees that only Foxwoods and the Mohegan Sun can offer gaming. If that clause is violated they are not required to pay 25 percent to the state.

The Indian Gaming Regulatory Act (IGRA) requires that the Department either approve or reject compact changes within 45 days. If that deadline is not met, the law says the changes are “deemed approved.”

MGM Resorts International has fought a long and bitter battle to prevent the tribes from building a third casino, which is meant to blunt the effects of the MGM Springfield on Indian gaming. It has been lobbying the department to keep it from issuing an approval.

Larson speculated that intervention by the congressional delegation of Nevada, where MGM is based, might also have an effect.

So far, the Department has done nothing.

Before Larson joined the effort, Senators Richard Blumenthal and Christopher S. Murphy, plus Courtney, had sent a letter to Secretary of the Interior Ryan Zinke. Larson excused himself for not writing before by saying that he had been busy fighting the GOP’s tax bill.

Commenting on the hoped-for action, Larson said, “I don’t know why they would hold this up. They should publish these.” He noted that the residents of East Winsor voted to support the casino at a special town meeting. This was followed by a vote of the state legislature. “I totally support the people of East Windsor and the state’s decision, and the two tribes’ compact,” he said.