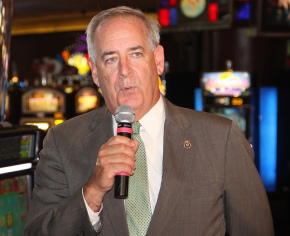 Lawmakers in Maryland are talking about introducing a sports betting bill

New Jersey gets its day in the U.S. Supreme Court on December 4 as it seeks to challenge a federal ban on sports betting.

New Jersey has made several unsuccessful court challenges to the Professional and Amateur Sports Protection Act of 1992 before, but this is the first time the state will argue before the High Court.

PASPA banned sports betting in all but four states—most notably Nevada—that already had some form of sports betting in place. New Jersey has challenged the constitutionality of the act, but lost in federal court. Appeals of that challenge were not heard by the Supreme Court.

However, this time New Jersey’s appeal to the Supreme Court was accepted and the court will conduct the hearing in December. The court’s willingness to hear this challenge has many analysts predicting the court is interested in whether the federal government is infringing on state’s rights with the ban, an issue that has not gotten New Jersey much sympathy from previous courts. More than 20 states have filed briefs in support of New Jersey with the court.

Connecticut and Mississippi have passed legislation to allow sports betting should PASPA be overturned and 13 other states have introduced similar legislation.

While the chance of a repeal has spurred interest in sports betting—especially among states looking for new revenue—analysts point out that until a ruling and guidance from the court, it’s difficult to say what shape, if any, sports betting could take.

Meanwhile, David Rebuck, director of the New Jersey Division of Gaming Enforcement, commented that he is optimistic the state will win its case at the U.S. Supreme Court challenging its right to institute a sports-betting program. Rebuck said his agency and the New Jersey Casino Control Commission are already drafting sports-betting regulations in case of a victory.

After a Global Gaming Expo educational session on “Global Regulation: What Gaming Regs Should Be,” Rebuck made the comments to CDC Gaming Reports. “I’m always optimistic I am going to win,” Rebuck said. “If I didn’t think we would win, why would we be in this?”

The Supreme Court is expected to begin hearing oral arguments in December in the case, which challenges the 1992 federal Professional and Amateur Sports Protection Act, or PASPA. A decision is expected to be rendered by June 2018.

“My position is, we prepare to regulate with a big victory,” Rebuck told CDC Reports. “It may not be that way. We could lose. We could have a split opinion that interprets the decision in a way that goes in a different direction and allows a limited amount of sports wagering. You can’t predict what the Supreme Court is going to do. Nobody knows. We will prepare as best we can for a future which envisions sports wagering in New Jersey. If we are successful, we will be ready, and if we’re not, we will continue to figure out a way to try and get sports wagering in New Jersey.”

He added that the state is looking at both the Nevada sports-book model and the European model, which relies on online gaming. “Our strategy in New Jersey is very simple,” Rebuck said. “We’re going to have land-based and online, and in order to do that we need to take the best of both worlds. We need to steal from Nevada and what they’ve done great for 40 years, and we want to steal from Europe for what they do well for regulation.”

Also, lawmakers in other states are preparing for a possible repeal of PASPA if New Jersey wins its case. The General Assembly’s Joint Committee on Gaming Oversight last week heard testimony on sports betting from Sara Slane, a lobbyist for the American Gaming Association.

“Right now, there’s more momentum for repealing PASPA than ever before,” Slane told the panel. “I would urge you and other legislators to get out in front of this, because when it does happen, you’re going to have states ready to go in first position… to open up sports books.”

Joe Weinberg, president of the Cordish Companies, owner of the Live Casino outside of Baltimore, told the Baltimore Sun that he is “all in” for the push to legalize sports betting at the state’s six casinos, and Del. Frank Turner, who co-chairs the House gaming committee, says it might not pass next year if New Jersey wins its case, but lawmakers will continue the push for a law. “If we don’t move on it in ’18, we can move on it in ’20,” he said. The effort need to be successful in an election year because it would be a constitutional amendment requiring a statewide vote.

Like New Jersey’s Rebuck, Weinberg of Cordish stressed being ready if and when PASPA is overturned. “If we wait for 100 percent clarity on federal law, we will be two to three years behind the surrounding states,” he told the Sun, noting that it is important to continue offering “a full suit or gaming services” to remain competitive with other states.