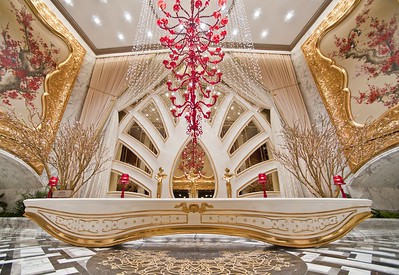 A privately conducted poll of more than 100 visitors, most of them deep-pocketed Chinese from the mainland, indicates high rollers are staying longer at casino resorts (Galaxy Macau VIP room at left), and gambling and spending at the hefty pace of old.

Covid-19 may have seriously curtailed the ability of the Chinese to get to Macau, but it hasn’t dampened the gambling spirit among those who manage it.

A new survey conducted by the Macau Research Centre, a privately owned think tank, appears to spell good news for a market in desperate need of some, indicating that 60 percent of those who have visited during the pandemic have done so for the purpose of gambling and 87 percent have gambled during their stay.

The results, reported on the website of Inside Asian Gaming magazine, were culled from interviews with 103 people who visited between March and May𑁋frequent visitors for the most part who came an average of 5.8 times in the last 12 months𑁋95 of them from mainland China.

They spent another MOP$45,549 ($5,700) on non-gaming activities such dining, shopping and hospitality.

“Compared to the mass market, the spending decisions of this group of high-end customers may be less influenced by macroeconomic and social sentiment,” the study said.

The problem currently is that so few of them can get in, thanks to the strict measures taken by the Macau government and the central government in Beijing to halt the spread of the pandemic which in combination have worked to largely seal off the casino hub from the world.

The Macau government is restricting entry to residents of China, Hong Kong and Taiwan, and even they must submit to quarantining if they’ve traveled overseas in the 14 days prior to arriving.

The neighboring mainland province of Guangdong in addition requires all returnees from Macau to undergo quarantine before moving on to their final destinations.

The biggest blow, though, has come from Beijing’s decision back in January to stop issuing visas to its citizens for group travel and for most purposes for individual travel, the latter comprising the most lucrative market for Macau’s casinos.

Accordingly, the number of tourists, 70 percent of whom come from China, has plunged to hundreds per day from last year’s averages of 100,000 a day or more.

In April, visitation fell to a mere 11,000, down by 99.7 percent from April 2019 and down by 94.8 percent from March, according to city’s Statistics and Census Service. The number of mainland visitors declined by 99.6 percent to 10,500, and only 87 of them were travelers on individual visas. Visitors from Hong Kong fell by 100 percent to 328.

Through the first four months of 2020, visitor arrivals are down by nearly 77 percent to 3.23 million, while total visitor spending over the first quarter, not counting gaming, fell 70.4 percent year on year to MOP5.01 billion ($628 million).

Yet, as the Macau Research Centre survey shows, the border control measures appear also to be inducing those who do get in to stay longer, which means they’re spending more. Two-thirds of respondents stayed longer than five days, with the average at 6.7 days.

In April, when the effects of quarantining are included, the average length of stay of overnight visitors was a whopping 21.1 days, a sharp contrast to Macau’s perennial struggles to get most visitors to stay more than a day or two.