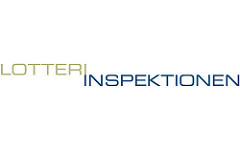 Sweden’s opening up of its online gambling regulations has led to about 55 online betting sites applying for licensing in the country.

The country previously only allowed Svenska Spel to operate in Sweden, but is now allowing other companies to seek licensing under a new liberalized betting code adopted in June. Lotteriinspektionen, Sweden’s gaming regulator, opened applications for online gambling licenses in early August.

The regulator said it is reviewing more than 60 companies overall and 55 applications from online casino and sports betting operators, most of which are based outside the country. The regulator has also said that not all of the applications are complete and it has begun talking with affected companies to include missing information.

Regulators have said that the new gambling legislation’s primary focus is to install regulation, which protects gamblers betting in Sweden. Starting in January, anyone operating in Sweden must obtain an authorized license, which ensures they will protect players from excessive gambling, block underage gamblers and only offer bonuses to customers on their first gambling occasion.

Licensed operators will pay a tax of 18 percent of revenue made through Swedish gamblers.